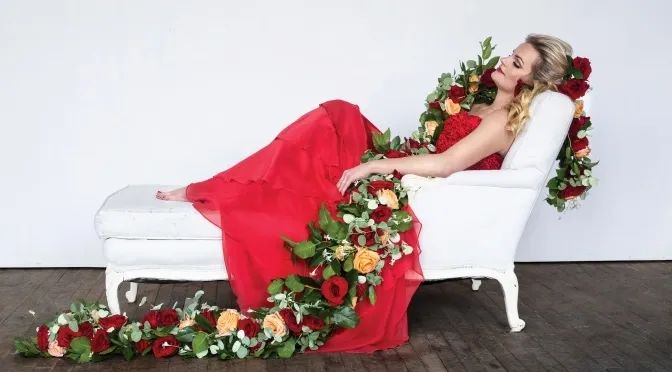 Photos by Arica Lipp from The Artistic Lens

When you step into A&E Floral, it’s as if you’ve stepped through a portal. You are greeted with a friendly welcome, a beautiful trove of treasures, and an abundance of stunning, fragrant floral arrangements. Perhaps best of all, the kind and talented staff can make you an arrangement on the spot to meet your price point. I learned this firsthand when I popped in to have an arrangement made.

After visiting with A&E owner and floral designer, Sheri Murphy, I understood what she meant when she said, “It’s so much bigger than a floral shop – it’s a hub!”

Sheri, originally from Bozeman, is a third-generation business owner. Her grandfather Ernie owned Ziegler Lumber Co., her father Jack founded Ziggy's Building Materials on Monad, and now Sheri is continuing the business legacy with her very own floral design shop.

“I knew at 11 that I wanted to be a florist,” she shared. Though challenging due to a lack of experience, she spent years working with flowers on her own, and by 2006, she arranged the flowers for a friend’s wedding. She used that experience—with pictures of her arrangements in tow—to gain an entry-level position at a flower shop. Though she spent more time answering phones and bleaching buckets, she did begin to hone the skills needed to move up in floral design.

Sheri eventually went full-time into a "mass production/high demand" atmosphere. There she learned another facet of the industry and began specializing in weddings during her time at Budget Bouquet in Bozeman.

Just when Sheri believed she had everything she wanted—a husband, four beautiful kids, a lovely home, and a profession in flowers, her marriage ended, and she found herself a single mother of four. She admits, this tough season caused her to lean on “something bigger.” During her divorce, Sheri found her faith strengthened, and she was given the push to keep going. Sheri's story is one of significant loss, yet, great gain. Though she reeled in hurt and pain, the next chapter of her story was just beginning.

In 2014, Sheri bumped into an acquaintance at a holiday dinner. “Through all the faith and flowers, I met my Prince Charming (Wade Bennett)” who completed her family… along with their combined seven children!

Wade believed in Sheri’s dreams from the start and encouraged her to move to Laurel—which she did. He bought her a floral cooler from which she sold flowers out of her garage, doubling her demand and profits within the first year. Sheri found there was a “high need” for affordable arrangements. The couple then bought a Red Lodge studio (with two more coolers) to sell flowers. Again, they doubled their demand and profits and they knew they needed to come to Billings.

Not one to shy away from hard work, Sheri, with the tremendous support and help from her family, dove right in. “It’s our labor of love.” After three months of renovations, they took the building located at 919 Grand Avenue and created the beautiful shop with the gold wall (created with "six pounds of glitter” to be exact!). A&E stands for Affordable & Elegant Flowers (and is also named after Sheri’s daughters, Allie and Emma). It’s a “very hands-on, family-driven business,” for which Sheri is proud. She shared, "It's not just mom's shop, it’s all of ours.” Sheri shines as she shares her story and talks about the wonderful people who have come to visit the new store. “I had no idea how blessed I would be to meet all the people. Every day is different… it’s incredible.” And no wonder they keep coming back, between the friendly staff, inspiring gifts, and the timeless, classic feel to her floral arrangements, this is just the place to purchase your next gift or bouquet!

Beyond creating a positive space, hosting classes, and specializing in weddings and events, Sheri is also a big advocate for giving. She credits this to her upbringing, explaining, “You give what you can, when you can,” and has already supported local fundraisers and organizations her first year in Billings. And in January, Sheri was invited to speak at the “We are Women… Watch Us Soar” event at the Billings Public Library, sharing about her experiences overcoming adversity and becoming an entrepreneur. Sheri is a powerhouse of positive energy, encouraging women to strive for their dreams; making a difference in our community, one rosy conversation at a time.

Sheri, having been denied floral positions in the past due to inexperience, has a huge heart for sharing her gifts with the community, leading to her desire to host classes. Attendees can expect to learn how to arrange flowers while connecting with other women in the community. The bonus being, they get to take home a floral arrangement ($55 value!).

To learn more and/or register for one of the monthly design classes look for A&E Floral on Facebook! 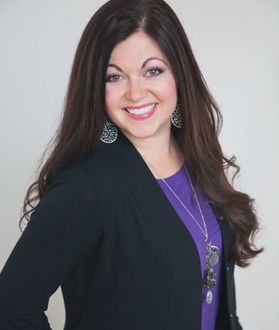 Katie Jones Backer is a former History teacher with a passion for travel, history, writing, music, and helping others. She is happiest, though, when spending time with her husband, daughter, and two adorable Pomeranians! 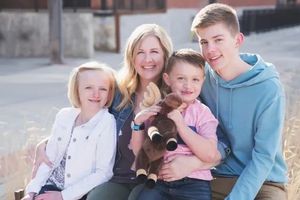 “How am I supposed to raise our kids by myself?” she asked. This May marks Jodi Blakeslee‘s second Mother’s Day as a single mom. She involuntarily took on this role bravely and boldly in February 2018 after her high school sweetheart and husband of 19 years, Ben, passed away at the age of 38. 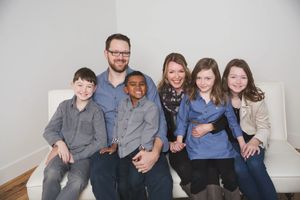 “My passion began in high school while on a Missions trip to Romania. Seeing children living in poverty firsthand completely rocked my world. They stopped being those people over there, and they became real people.”