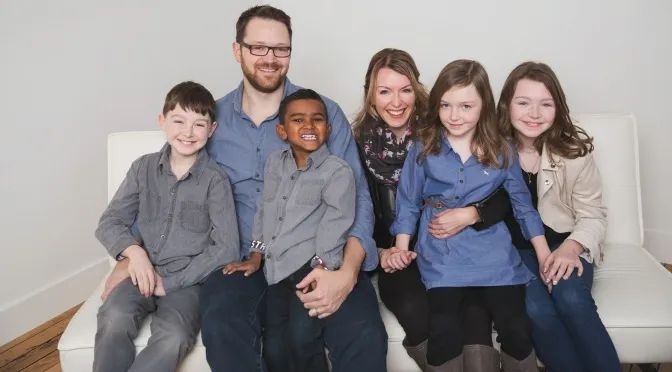 “What does a successful life look like to you?”

This beautiful woman, wearing an Ethiopian Coptic cross necklace and earrings made from cow's horns (both pieces carrying a story) thinks for a moment, then replies, “There is this quote taped to my fridge. The end of it says, '"…to know even one life has breathed easier because you have lived. This is to have succeeded.”' (Ralph Waldo Emerson)

Recently, I got a chance to share a cup of coffee with Lacey Maloney who was chosen for an award in Billings. The award was given to men and women positively impacting the community through their lives and careers. The interesting thing about Lacey is that, by and large, her "career" is being a wife, homemaker, and mother.

Despite two part-time positions at Harvest Church and teaching fitness classes around town, much of her life is lived behind closed doors. Behind those doors, though, she changes lives. Those of her own children, as well as hundreds of others in Ethiopia through volunteering as a Child Advocate for Compassion International. At-risk kids and families grip her heart. “I lose sleep over this stuff. It’s like a fire in my soul that I can’t get away from.”

When did this all begin?

“My passion began in high school while on a Missions trip to Romania. Seeing children living in poverty firsthand completely rocked my world. They stopped being those people over there, and they became real people.”

Her passion blazed again while visiting their soon-to-be-adopted son in Ethiopia. While there, they visited a community living in a garbage dump. The first home they visited belonged to a father of five who was dying of AIDS. He lived next to a young woman holding her newborn. Lacey was struck with the thought that these neighbors would share anything they had with each other.

“I remember thinking they have nothing. They have no voice. Then I felt the Lord say to me, "Lacey, you've been given a microphone."'

Since then, she’s used her microphone to connect people in the US with children in Ethiopia through sponsorship. She also involves her own children, igniting the same passion in them. “Not a [child sponsorship] packet goes through our house that my kids don’t pray over.”

As we sat together, she told me stories of tragedy and triumph. Near death and rescue. And devastation. One such story is encapsulated in a boy’s photo, also on her fridge. A loving mother who couldn’t provide for her son placed him in an orphanage when he was 7. He sat at that orphanage for years watching countless others leave through adoption. The scars on his face tell the story of his stay there. Today, his life is one of continual hardship.

Because of stories like his and the trauma they’ve personally experienced as a family, Lacey said, “[These are] part of the reasons I went nuts advocating for children. Pain is so much easier prevented. For $38/mo. I can tell a person they are providing food, education, medical care, a safe place to go, and a way the child can stay in his/her own home. Keeping his picture on my fridge makes me do brave things. I don’t care about appearing foolish if it means a child gets sponsored.”

How about success in parenting and marriage?

“First of all, I have no idea what I’m doing, and I sure hope it all works out!” She laughed. “I think at the end of my life, you might read on my tombstone, “Well, she sure tried hard!”

Joking aside, she continued, “If I’m doing anything right, it’s that I’m constantly praying, 'Lord, have mercy!' I look at the future and I’m completely overwhelmed, but if I look at just today I think, 'Just do what the right thing to do is today.' Truly, at the end of my life, sure we cared for others, but I want my family to know I cared about them most.”

Lacey began to share about one time she came home from Ethiopia after seeing a particularly heart-wrenching situation. She said, "There's a point when you feel, 'I've done enough.' I went for a run around the park sick about what I had seen and at a loss as to what to do. Then a Scripture popped into my head. It said this:

Rescue the perishing; don’t hesitate to step in and help. If you say, “Hey, that’s none of my business,” will that get you off the hook? Someone is watching you closely, you know-Someone not impressed with weak excuses. (Proverbs 24:11-12 MSG)

These words both arrested and activated her once more.

We hope those words activate others as well; anyone can do what Lacey does, anyone can change a life. You can do this in town through a number of organizations and opportunities, including the Rescue Mission, CLDI, YWCA, or fostering a child. Internationally, you could affect lives through numerous reputable organizations like Compassion International or Hope Ranch International. “If you have time or money in the bank, why wait to speak up for someone who doesn’t have a voice?”

Hours later, Lacey stood to leave. Once she walked out the door, I settled back into my chair and thought about her life. If Emerson’s quote is the benchmark of a successful life, then the hundreds of children and their families who are truly breathing easier because of Lacey's and her family’s efforts are a testament to a life well lived. 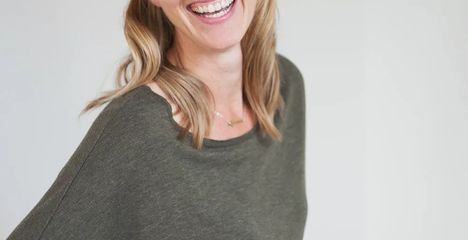 Johanna Kennedy is a mom to four children, a wife to one man, a teacher, and a student. She loves adventure and is also the author of By the Waters (bythewaters.org) a lifestyle blog dedicated to encouraging women in the midst of a pressure-filled world.