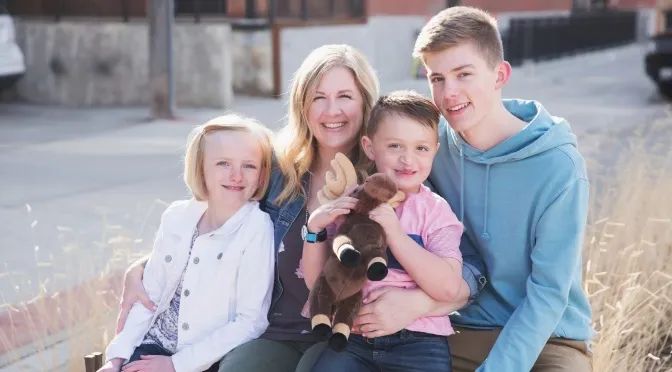 The Blakeslee Story of Hope

A father to the fatherless, a defender of widows, is God in his holy dwelling. God sets the lonely in families; he leads out the prisoners with singing. ~Psalm 68:5-6.

“How am I supposed to raise our kids by myself?” she asked. This May marks Jodi Blakeslee‘s second Mother’s Day as a single mom. She involuntarily took on this role bravely and boldly in February 2018 after her high school sweetheart and husband of 19 years, Ben, passed away at the age of 38. A little over a year and a half prior, Ben was diagnosed with glioblastoma (GBM), which the American Brain Tumor Association defines as “a malignant grade IV brain tumor.” Ben loved God, music, his family, and giving hope to those who were hurting.

Ben and Jodi’s story is a true love story. “Ben would say he met me in middle school. I didn’t notice him until high school youth group. We started dating when we were juniors [and] would spend any chance we got with each other,” recalls Jodi. The two attended different high schools in Billings and would leave one another notes on the other’s car. Ben was romantic, often leaving flowers and writing songs and poems for Jodi. She smiles when she says, “Ben loved big.” It is clear, however, that both Ben and Jodi love big. When they were unable to have more children after the birth of their son Dawson (15 years), they decided to pursue foster care and adoption. “We had a few children who we knew weren’t going to be ours forever,” explains Jodi. Alas, with hearts open, the couple was able to expand their family to include two more children—Hope (10 years) and Nate (6 years). Today, Jodi and Ben’s three children each carry a little of Ben in them. Jodi describes Dawson as a “mini Ben” because he looks just like Ben and loves music the way Ben did. She is proud of Dawson who has stepped up in many ways since losing his dad. Of their daughter Hope, her name so fitting, Jodi says, “She just lights up a room.” From the time they lost Ben, Hope would talk openly about him reminding the family of good memories. Jodi encourages Hope to “always keep talking about dad.” Nate, who has special needs, “is a strong-willed spitfire which is going to be needed for him to conquer life,” says Jodi. Of foster care, Jodi says, “DO IT! The need is so great [and although] it may not be forever, you get a chance to love on a kiddo for a bit and show them stability.” It is both foster care and adoption that gave the Blakeslee family hope and made them the family they are.

We take the action—soup kitchens, creek restoration, mentoring—and then the insight follows: that by showing up with hope to help others, I’m guaranteed that hope is present. Then my own hope increases. By creating hope for others, I end up awash in the stuff. ~Ann Lammott

With a heart to serve and relating to those battling addiction, Ben and Jodi became involved with Celebrate Recovery, an extension of their church life at Faith Chapel. The couple led their own small groups through Celebrate Recovery with Ben leading worship as well. Jodi explains that she and Ben have always “had a heart for people with hurts, habits, and hang-ups.” Eventually, fulfilling his dream of leading a church, Ben took over as head pastor at Hope Center Foursquare Church where he continued to lead Celebrate Recovery. Jodi continues to look for ways she can help those who are hurting just as she always did with Ben. She explains, “The influence that Ben had on me, our kids, and church through loving on hurting people led me to want to work toward being involved with addition closely.” This, combined with her experience at Empower Now—a weeklong workshop she attended last October—has led her down the path of addiction counseling. So now, as a single mom of three, Jodi is going back to school to pursue a degree in addiction counseling. HOPE-FULL is one way to describe Jodi. She is filled with hope for the future, which she says is due in large part to what she and Ben talked about when they talked about her life without him. In one conversation, Ben told Jodi that it will make sense for her to remarry someday and that he wanted that for her. At the time, Jodi could not imagine such a thing—she recalls being upset and emotional saying “I will never!”—but over a year later, she remembers this conversation and is hopeful she will find love again. This is one of the many ways “Ben exuded hope” and continues to exude hope in the lives of Jodi, Dawson, Hope, and Nate. 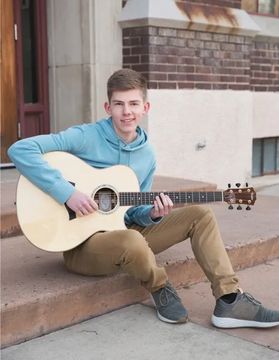 Dawson (15) takes after his dad Ben with a love for guitar. He's pictured with one of Ben's favorite guitars. 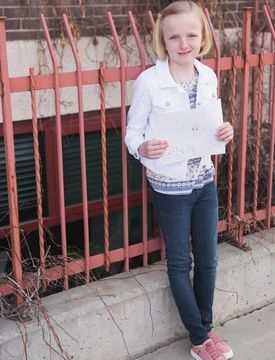 Hope (10) is extremely artistic. She can always be found creating something wonderful. 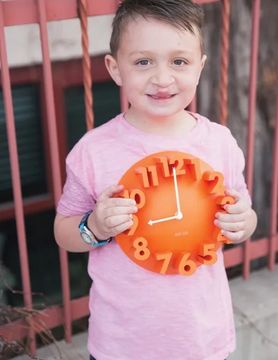 Nate (7) can always be counted on to tell the time! He's a lover of clocks and watches.

Your ordinary acts of love and hope point to the extraordinary promise that every human life is of inestimable value. ~Desmond Tutu

Jodi explains that those who have been most helpful from Ben’s initial diagnosis to grieving his loss a year later are those who take action. She admits that many people offer to help, but because she isn't good at asking for help, those offers often go unclaimed. What is most helpful is when someone just does things like show up with dinner or groceries, or to take the kids to do something fun (note: you don't have to stay, but also you shouldn't be afraid to do so). Jodi feels that most people aren’t good at asking for help because we are brought up that way—it’s a part of our culture that people do not do well to ask for help. At the same time, for those who are grieving and are in need of support, Jodi says, “don’t suffer alone.” She encourages you to do better than her about accepting help from others because those who offer, usually do want to help but simply do not know how. Help others help you—let them know what you need.

Jodi also explains that while she appreciates support and encouragement, clichés do not go very far and mostly “roll off my shoulder.” Because people who are processing grief know such complexity, clichés can be hurtful since they narrow that complexity down to a little box (Dennis Muri, LCSW, Northwest Counseling). Jodi says that people often feel like they need to say something but that simply listening can go very far. Dennis Muri, who specializes in grief and crisis at Northwest Counseling here in Billings, reaffirms this thought explaining the difference between conversations with conclusions and conversations with curiosity. Essentially, rather than telling a person experiencing loss about their grief or loss, simply “walk through those feelings with them.” One of the best things friends and family can do to support a loved one experiencing a crisis, he explains, is to ask questions with a curious tone (and he notes, “start small”). Jodi says that people who knew Ben or want to know more about him, should not be afraid to talk or ask about Ben. Just as she reassured their daughter Hope that it is more than okay to talk about dad even if it causes tears, people should not be afraid to talk about a person who has passed. Most people who have lost a loved one, want to celebrate and honor their loved one. Dennis also explains that we should validate those who are making steps to honor their loved ones while moving forward. Finally, if you are a person experiencing loss, take those steps to honor what you have lost and celebrate those steps when you take them.

To Give Hope to Those Experiencing Hurt, Grief, Adversity, Loss:

To Give Hope to Those Experiencing Hurt, Grief, Adversity, Loss: 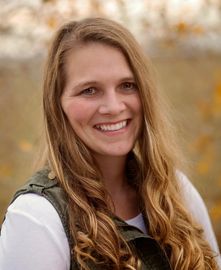 Ashlynn is wife, mom of three littles, and Visiting Assistant Professor of English at Rocky Mountain College. She is an introvert who is uncharacteristically social and loves family, learning, travel, animals, and all things Montana.