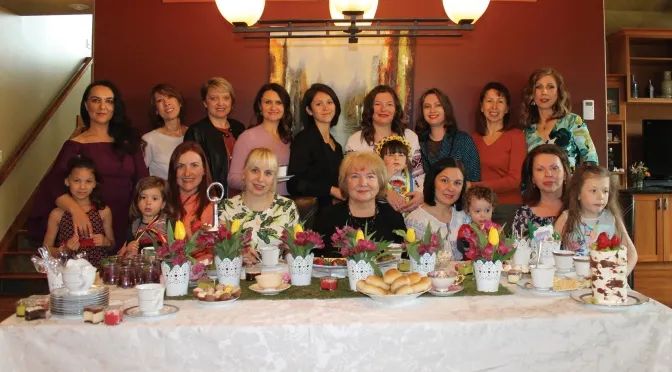 It all started two decades ago; I was a nervous newcomer to Billings (to the United States, for that matter) an ocean away from my family, and I wondered if I would forever feel like an outsider.

The Billings community turned out to be the most gracious hosts. They scooped me up and welcomed me with open arms. Honestly, they went beyond welcoming to becoming a great support system. They also felt compelled to introduce me to other people with similar circumstances (or accents). And that's how it all unraveled from there. Well-meaning "Billingsites" would inform me that they gave my phone number to another person "who had the same accent." Shortly afterward, I would get an excited call from a lady from South Africa, eager to meet her fellow native countryperson. We would chat and giggle, because...well, I am from Lithuania. Connections formed and little by little our group of foreigners started growing. All tied by a common thread, we were from different countries - creating a new life in Montana. We made sure we all warmly included newcomers to the community, even to the point of creating our own closed Facebook group where we can share and support one another.

I think it takes an adventurous soul to uproot and start anew in a different place. Even more so in a new country. It can be a struggle and a bit overwhelming to learn a different language, traditions, etc. As our friendships formed, we discovered that we had similar personality traits. These matching personalities also added to a lot of fun times together as we were eager to get out, include other people with accents that we met in our journeys, learn from each other, share our struggles, successes, tips, and recipes.

Subsequently, we started our own traditions. Such as our annual Christmas cookie parties, embellished with treats from around the world and sprinkled with some dancing. A tradition we have not missed in some 15 years. Another major reason to meet as a group is March 8, also known as International Women’s Day. We enjoy each other’s company and eat lots and lots of awesomely homemade, international food. Some days we gather for a cooking class to learn a specific recipe we are all fond of. Making Russian Pelmeni was one of the highlights as the kitchen turned into a well-oiled Pelmeni factory with some ladies making fillings, some making dough, some assembling, and some cooking. Kids are always welcome and included as we love passing our diversity on to the next generation. And of course, we make sure to celebrate big things in our lives such as new babies, weddings, graduations, business startups, and other milestones.

My favorite is when we all go out on the town together. The confusing looks we get from bystanders are priceless. People try to guess where we are from and try to narrow it down to one country, only to find out that they stumbled upon the United Nations of Billings (the adorable moniker our international group was given by one of our husbands). We could not think of a more fitting name; thus, the United Nations of Billings came to prosper and celebrate diversity for going on 20 years now. This year we are adding a new tradition into the mix, participation in the Festival of Cultures at Rocky Mountain College, where we look forward to sharing our countries’ traditions with the Billings community.

Originally printed in the June 2019 issue of Simply Family Magazine 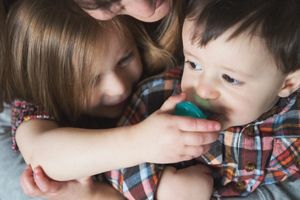 It hit me like a birthday piñata filled with too much candy; I was not ready for this party. I was en route to my son’s 11th birthday celebration this past January... 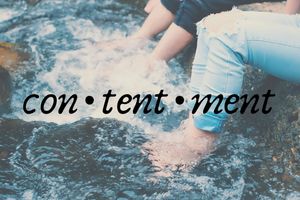 I had always wondered what it'd be like to be content. I’d watch others who seemed to be content and think, “Gosh, wouldn’t that be nice? To love life just as is…to feel that kind of joy and satisfaction." I pondered whether it was possible to be a dreamer, doer, and completely content at any given moment. 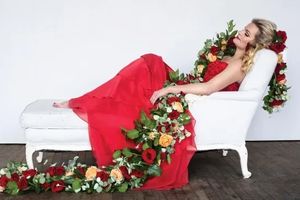 When you step into A&E Floral, it’s as if you’ve stepped through a portal. You are greeted with a friendly welcome, a beautiful trove of treasures, and an abundance of stunning, fragrant floral arrangements. After visiting with A&E owner and floral designer, Sheri Murphy, I understood what she meant when she said, “It’s so much bigger than a floral shop – it’s a hub!” 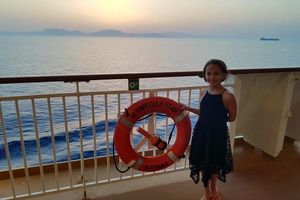 With half-a-dozen cruises under our belts, I feel like this is quite possibly the best way to get the most of your vacation, especially if you are a family of travelers with children. While I do understand it is not for everyone, every adventurer out there should at least try it once.