Releasing Air: You Can’t Keep Them in a Bubble Forever

It started at age 9. Honestly, we were just putting along, happy in our own little world, with three school-aged boys. And, then WHAM!

An attorney friend called to give me the heads-up – Number 2's coach was arrested for alleged drug use. This was a man he idolized. A man that this always-wants-to-please, tries-until-he-falls-down boy looked up to. A man who broke my son’s sweet little heart.

I wanted to strangle that man with my bare hands.

While this happened ten years ago, I can recall it vividly today. It was the pin that burst our safe, little bubble.

After a whispered discussion with Husband, we came to an agreement: direct and honest. We walked to Number 2’s room, asked if we could talk, and we laid it all out there – coach/drugs/arrest/jail. I can still see his baby blues glistening with tightly-held tears.

Then it struck me: Number 2 thought because his coach did something “bad” and because he loved this coach, therefore Number 2 was “bad.” Guilt by association. While we quickly reassured him that just because you like someone, you don’t have to like – or agree with – that person’s decisions or actions.

Prior to this conversation, we had said very little to our children about the biggies in life: sex, alcohol, and drugs, money and how, many times, all three intertwine.

That came to an unplanned and abrupt halt.

The morning after the unexpected breach, Number 2 asked, “I wonder what Coach is doing right now?”

“Likely he’s trying to post bail,” I replied and, at his puzzled look, explained being arrested, jail, posting bail, and what that all means. I concluded with, “and his wife and kid are likely pretty scared, not knowing if he’ll have a job – because you can’t work and can’t get paid if you are in jail – and if they’ll have to find a place to live and stuff like that.”

My three little sponges sat at the breakfast bar, soaking up the dirty details.

Those conversations opened the floodgates on what many might consider TMI. But for us, it set the tone for communication and parenting that we still use (including The Sex Talk – a conversation that terrifies even the most confident parent, including moi).

I have to reiterate a few points, however. First, I am SURE my boys, now ages 21, 19, and nearly 17 are not perfect, nor have we had a conversation about every little thing in their lives. In fact, trying to have conversations with teen boys is frequently like speaking to cavemen – dialogue happens via grunts and inflection, while you will likely learn more from the pictures on the wall.

But I do feel that our approach of direct and honest has served us well. Kids are smart – way smart. And they know when an adult is feeding them a line of bull. They will then go out of their way to discover the truth. But more than factual information, these projects-in-process will learn they cannot count on us – the most important, formative adults in their lives – to always tell them the truth. They learn that we’ll often cover the ugliness in the name of protection because we feel they cannot handle it. As a result, they will look for answers in other places.

Like many parents, I tended to “oversee” our kids’ academic lives. By that, I can honestly say I micro-managed their daily lives. [PowerSchool, anyone?] Number 1, unfortunately, was especially scrutinized. During his fifth-grade teacher conference, Miss X (whom I still adore and who is still enlightening young minds) said to me, "You know, this is his grade. Not yours."

Honestly, that stung a bit. But she’s right.

We need to check our egos and let our kids make their own way. Our job is to keep them moving forward and between the lines. They will make mistakes. They will fail. But when they do, how do they handle it? Who do they trust enough to witness the failure? Who has been the stalwart provider of info, cheerleading from the sidelines? Who consistently believes in them, who TRUSTS them to pick themselves up, adjust, and keep moving forward?

Parenting is a tough job – the most in-your-face, never-gonna-end job ever. And, frankly, it’s easier to keep our kiddos in the bubble. We can control the bubble. The bubble is safe – physically, and emotionally. But the bubble is sterile. It’s lifeless. It’s life in monotone.

Those in the bubble don’t know the joy of working hard, stumbling, falling, dusting off and continuing on the road, and eventually feeling success. They don't feel the fear of being thrown in the deep end, pushing up from underwater, then figuring out how to tread water and, eventually, learning to swim. They don’t experience the high of doing all that on their own – and this is what makes us, all of us, seek satisfaction, happiness, and contentment instead of curling into a pitiful little ball of self-misery.

In reality – and in the lives of our kids – living in the bubble is really no life at all. 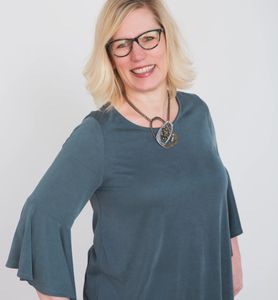 Brenda Maas shamelessly used the escapades of her three boys and husband Brett to write Life in the Trenches during Simply Family’s growing years. While both have matured, reflection is not yet 20/20…but it’s close. 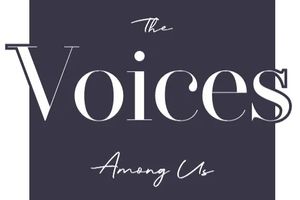 The Voices Among Us

Voices Among Us: We believe a voice can carry with it wisdom, impact, strength, influence, persuasion, love, and passion, and we've selected several influential voices from within our community to be a part of this exclusive project. 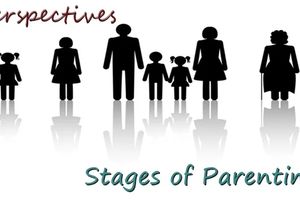 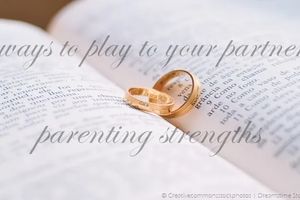 5 ways to play to your partner’s parenting strengths 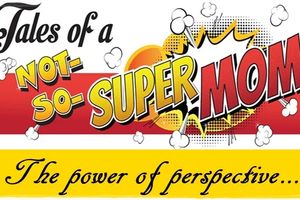 Tales of a Not-So-SuperMom: The Power of Perspective