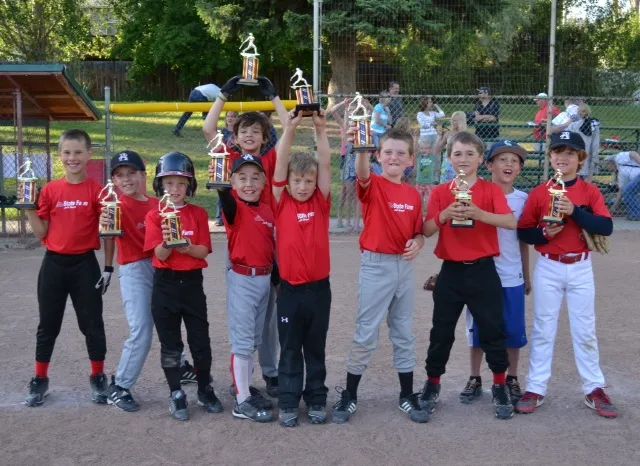 A continuance from the pictures on our back page of the July issue…..

The Boulder Arrowhead Minors were an undefeated team this year. The team (Jeff Boyd State Farm) ended up the season playing Stockman Bank. They had one loss. If they won the game on that Friday night in June they would have won the championship. The morning of the game one of the player's dad passed away. He had been sick all season and most of the parents knew it was day to day. It just happened to be the day of our big game. When the mom called the coach to tell him, he asked her if she wanted us to postpone the game. She told him no that her son wanted to play. So they did.

They lost the first game 9-2. Which was pretty unusual for the team to lose by that much. As parents would say "We were totally off our game." and understandably so. They then had to play a double header against the same team as each team both now had one loss. The team started into the second game much like the first. Losing 2-8 at the top for the 5th inning, and knowing they only play six innings...Most of the parents thought “oh man, this is it”.

Then the coach came to talk to the parents and said “get your cameras ready we are going to Silly String the boys." The coaches took a time out. Told all the boys to sit on the bench as the coaches needed to “talk." Then proceeded to spray the entire dugout with Silly String.  Jeff Boyd also showed up in a State Farm bear mascot outfit and passed out popsicles to both teams.

It was pivotal moment in the game as the team came out to bat and got 5 runs (most allowed in an inning) so we were 7-8. Then they held the other team to one run. We were last up to bat. Tension, emotions, and energy was high… they ended up winning the game 10-9. It just goes to the show the power of positive thinking and lightening up a bad situation. Changing their mood changed everything.

According to one mom, after the game her son said, “I feel bad for the other team. They thought they were going to win.” They saw one of the boys from the other team at dinner afterwards and tried to send over a milk shake as a “good sportsmanship” gesture but his mom said she had already bought him one. They came to our table to thank us afterwards for the gesture.

It was an unbelievable game and very emotional especially knowing one of the boys had lost their dad that day.

The head coaches of this team are Corby and Rene Freitag. The mom that submitted this fantastic story is Pam Before, her son is Nate Smith and plays on Boulder Arrowhead Minors at Boulder Field.

A beautiful testimony to the people and organizations that make our community what it is! Share this story - pass on the inspiration! 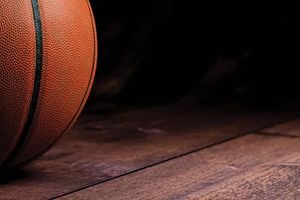 March Madness & Basketball: Not So Different from Parenthood?

There are many things that one could compare parenthood to, but in honor of March Madness, we've pulled together a list of parallels to be drawn between the worlds of parenthood and basketball. 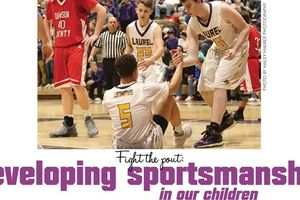 Fight the Pout: Developing Sportsmanship in our Children

Help your child be an excellent teammate and friend (and one day co-worker) by helping them develop the vital life skill of sportsmanship. 5 Benefits for Kids on Sports Teams

Engaging your kids in sports is about so much more than a game, check out these 5 benefits. 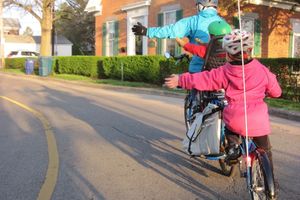 Lifelong Sports: Being & Staying Active as a Family

Being active as a family lays a solid foundation for your children in making it a priority for the rest of their lives.