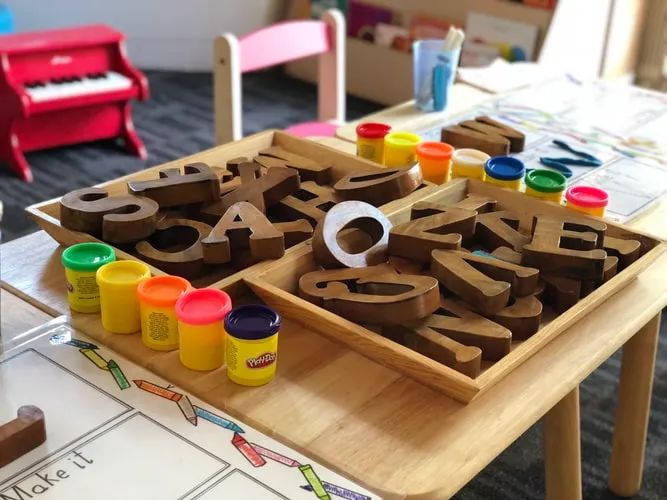 From Preschool to Kindergarten: Preparing Your Child and You

We might only be two months into the New Year, but it’s already time to be thinking (and making final decisions) about registering our kiddos for preschool and kindergarten. There’s a little leeway in regards to kindergarten (registration is usually in March-April), but for preschool, you want to be securing a spot for your child sooner rather than later for the upcoming school year. Beyond that, what’s left to consider is not only whether or not your kiddo is kindergarten ready, but are you?

As you probably know, the face of kindergarten has changed drastically since we were wee ones – I swear they have to practically be college-ready heading into kindergarten nowadays. If preschool is silly soap, craft projects, and ABCs, then kindergarten is reading, writing, and advanced math skills. In my day only a select group of kiddos got to be pulled to start learning how to read, and counting to 100 by tens was terribly exciting. These days it’s math skills that are pre-algebraic and fluency in sight words. That sounds daunting, but don’t panic, following is a list to give you an idea of where your kiddo needs to be.

What does my child need to be “Kindergarten ready?”

Going into kindergarten, as a mom, I was incredibly anxious. You name it, I worried about it: Would she communicate? Had I filled her "life toolbox" adequately? Was she really ready? When we did the kindergarten screening we prepared, we talked, we pep-talked, and then my super shy girl went in there, sat down with a stranger, and did what any super shy kid would do, she clammed up. Thus followed a whole new set of worries. Despite whatever I was feeling, I wanted her to begin her school career with confidence and excitement. I’m sure there were times I failed to keep all of my feelings to myself - kids pick up on so darn much - but with her I talked up school with oodles of excitement. She didn’t need to know that my heart was breaking over the notion that school would now have more of her time than we would, that there were big chunks of her life I just wouldn’t be privy to anymore; that she would be flying solo in ways that I just wasn’t prepared for. Ultimately she got to school that first day and nervously stayed close to mom and dad, but then one of her soccer teammates rushed up to her, gave her the biggest hug, and pulled her off to the playground…It was a moment that is forever seared onto my heart.

She was going to be okay.

Which brings us to four little bits of advice from yours truly and other moms to help you prepare for the kindergarten drop-off:

But let’s say your child is struggling with the drop-off; one tip that worked wonders for one family who dealt with this had somebody else take their kiddo to school. Without mom there to cling to, heading off to the playground and into school went much more smoothly.

Midway through kindergarten, you might be wondering how things are going. Without turning this into an endless article, I’ll simply tell you this: My little Miss had this to say about it, “It’s super fun!” And really, at this point in her educational career, that’s all I can hope for. I know she’s learning and has an amazing teacher who just gets her and she’s making friends, so if that’s what school boils down to for her, well, hallelujah!