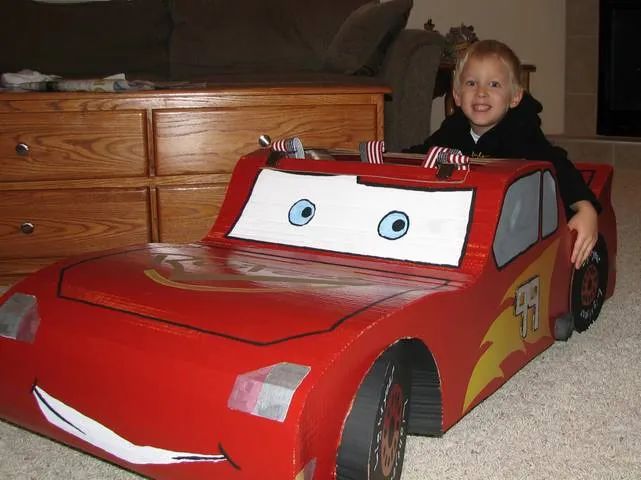 We've barely cracked the seal on October, but the leaves are turning (and falling), pumpkins are appearing, and it’s time to think about the ever- important Halloween costume. To get the wheels turning we’ll be taking a peek at some of my favorites from year’s past.

In our house it’s pretty simple: some version of a princess and my little peanut is a happy camper. But the decision-making process is not that easy in your house, you say? Well, following, we’ve got some costume ideas (mostly courtesy of my fabulously imaginative nieces and nephews and their parents), as well as some links to online savings for Halloween costumes and accessories.

Before we dive in, I do have a confession…I’m not big on the whole going out and purchasing a Halloween costume, in fact, I think we purchased one for her first Halloween and the rest have either been borrowed, at-home creations or a combo package of the two. In my opinion, if you don’t have to spend money, then don’t. Plus we’ve got a built-in network of seemingly endless possibilities with seven cousins, and a ridiculously crafty aunt, and one insanely creative uncle.

With no further ado, I present you with our family’s best costume choices over the years; I hope it brings a little inspiration your way:

1. Planes, Trains, and Automobiles – Remember that insanely creative uncle I mentioned? When my oldest nephew was in early elementary school he wanted to be a pilot for Halloween, and thus the first super amazing creation was born with a plane (not pictured). Each of these was constructed out of cardboard, designed, painted, and then suspenders were added for the lucky costume recipient.

Next came the train – we live in Laurel, so he was a “Laurel Locomotive,” which is rumored to have been the favorite. Finally he rounded out his incredible cardboard creations with a Lightning McQueen replica. 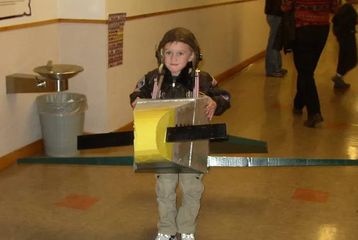 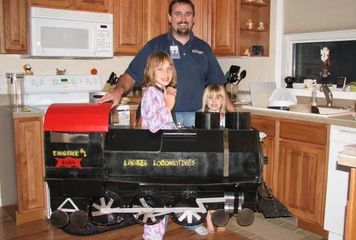 The Laurel Locomotive survived through most of the siblings 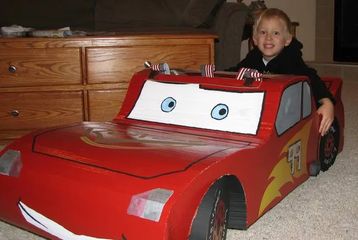 2. Bumblebee – This little lovely was a hand-me-down and one of everyone’s absolute favorites. How can it not be in all its cuteness? My little one has a lot of hair, so auntie wanted to make her hair tall like a beehive. In year’s past the bumblebee has not been difficult to find, having spotted it at Wal-Mart, Target, and the like. 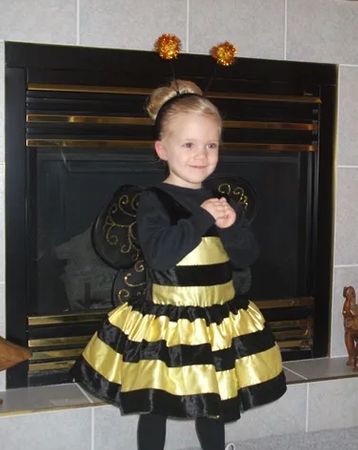 One of my favorite costumes, to this day!

3. Wizard of Oz theme – Unfortunately I don’t have the whole crew pictured, but what my sister-in-law and her sister did was they joined forces, doling out a character for each of their kiddos. There was Dorothy, Glenda the Good Witch, the Wicked Witch of the West, the Tin Man, the Scarecrow, the Lion, and a Lollipop Kid. The Tin Man was an easy creation using grey sweats and painting a funnel silver made his ensemble complete. Oh yes, and you can’t forget the heart! 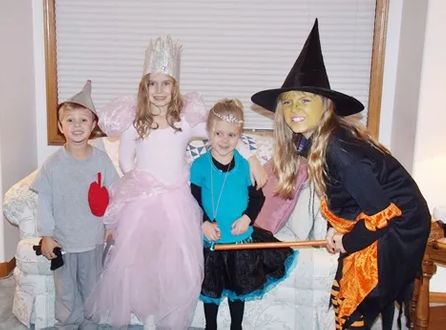 Shown: The Tin Man, Glenda the Good Witch, and the Wicked Witch of the West. (Also, the Fairy Princess, #4 below)

4. Fairy Princess – This one was pretty simple, but it was cute and easy. A sparkly skirt, tiara, a Cinderella-esque up-do, some delightfully sparkly wings, and body glitter for a cute face were all that was needed to create this Halloween costume. 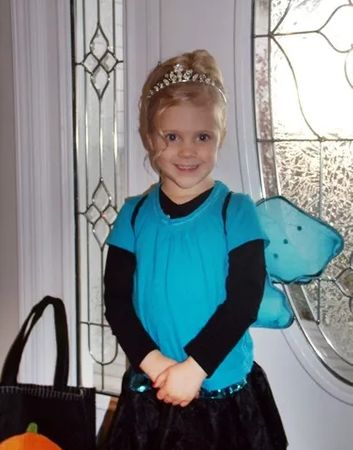 I've discovered you can get A LOT of mileage out of the costume box. 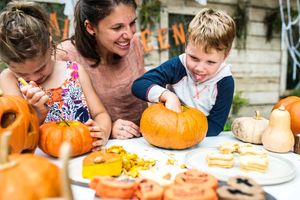 All things Halloween. From classroom treats and costume ideas to all kinds of trick-or-treating goodness. 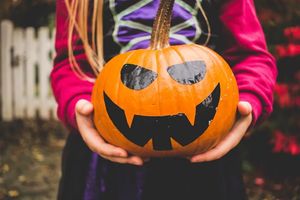 Looking for Halloween costume ideas that won't break the budget? Check out these 5 DIY costumes! 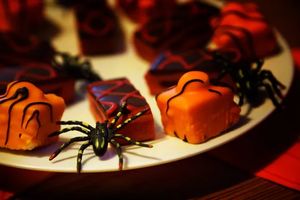 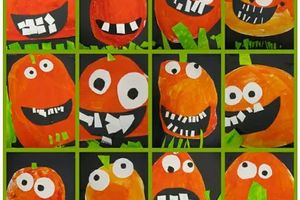 Take the scream out of your Halloween with this silly pumpkins project!