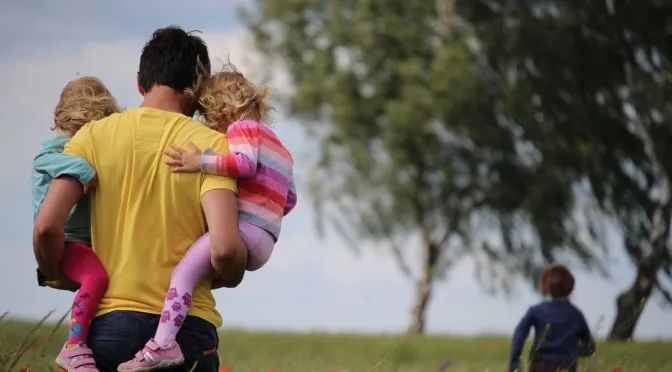 Turn Your Summer Around

I am a Christian therapist, trying to be a good mom, volunteering to coach my son’s soccer team. That sentence conjures up a much happier image than the time my son stopped in the middle of his game to scream about how he didn't even want his birthday that year because I was the worst mother ever.

"People should listen to each other, and you don't, and you should really listen because you're a mom! BUT YOU DON'T LISTEN!!!"

It’s always good to know that anyone who wants to judge you from the sidelines has good ammunition. So if you had a vision of the summer that was lit up in gold and set to a slow nostalgic tune, but you’re dealing with kids who scream at you instead...no judgment here! In fact, I may have a few ideas about why your child is NOT getting along with you, NOT doing what they’re supposed to, and NOT playing well with their siblings.

I started piecing it together about 10 years ago from stories I’d been told in my practice. Kids that were doing great at the end of the school year and even took a break from therapy because "summer is less stressful!" Only to be back three weeks later with poor mom looking like she’d been run over. Or, there were the ones that would call me right before school started because the kid had finally lost it, usually in public. (Side note* Do NOT take your child shopping during the busy time of the day the week before school starts! That will end badly.)

Your child may be suffering from OAD- Other Adults Deficit. Even if they’re enrolled in summer camps, those usually have a lot of younger staff and fewer expectations. Teachers ask your kids to get stuff done. When you’re the only adult who’s still demanding that the jobs get done, children start to think that you must be the problem.

“Everyone else is being nice this summer!”

Yah kid, everyone else doesn’t need the dishes done.

Help your kids remember that other adults say the same crazy things about getting jobs done and being nice to the others. Remind them calmly that they had to do this for their teachers. If you have friends that can trade off with you, use them. Having other adults ask for better behavior will help your child remember you’re not crazy. Or at least you’re not the only one.

Some children have a fierce case of EOS -Expectation Overload Syndrome. You both had a really lovely idea of what summer would be. Theirs was like Sponge Bob’s perfect day of every good thing happening all the time, only they aren’t going to an amusement park with homemade brownies and all the corn dogs they can eat! The younger your child is, the less they will be able to express what they want and how disappointing it is not to get it all. This does not mean your child is spoiled or entitled. Kids have a hard time tempering their expectations with reality. They don’t yet know how to deal with disappointment they helped create. Have them tell you their fantasy scenario and empathize with how cool that would have been. Then, tell them what's actually possible and give them choices, so they still have some control. Keep empathizing with the disappointment they feel while pointing out what they can do.

Empathy does NOT mean that you agree. It's merely naming their emotions, so they have a better handle on them. If they want to keep being sad and angry, predict how that will work out for them. “You are so mad that your idea about the perfect summer isn’t going to happen. It will be even sadder if you spend your whole summer angry and pouting in your room. That sounds lonely." You are teaching your child how to deal with emotions and hopefully, have more realistic expectations for next summer. So you need to have a realistic expectation of how many repetitions your child will need to learn this!

Your child may compound all this with a diagnosis of STW -Structured Time Withdrawal. But wait, this kid has been gunning for unstructured time all school year long! Yes. And now that she has it, she’s bored, doesn’t know what she’s supposed to do next, and bugging ALL of the family members as her new hobby. The good news: boredom is excellent for your brain. Allowing your children to experience boredom will help develop their creativity, goal setting, independence, and problem-solving skills. (Google it, there's serious research on what boredom does for the brain.) Bad news, your child will flail around for a while trying to make this your problem. You might be tempted to schedule your little darlings right out of their problem. That may work short-term but doesn't give them the long-term adaptations that boredom jumpstarts. The real solution here is letting your child own his problem. In fact, you can take it as a job well done if you allow him to be bored!

(Actual conversation at my house.)

“Really! Boredom is so good for your neurodevelopment. How did I do this so I can make sure to do it again?”

“Yup, once you’re bored, my job is done. Let me know what you did with that.”

Make sure you let your children know by word and action that boredom is not a viable excuse for disrespect, destruction, or constant irritation of siblings. No matter what, it’s still never your job to solve boredom. Put boundaries on how they deal with it and then let the kid figure it out.

I hope you have a few golden days this summer where everyone gets along, and the mosquitos don't bite. You are doing a good job, and your children will have happy memories of their summer (even if they are whining now.) We probably whined at their age too. 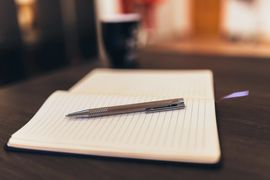 Lorinne has been a therapist for 23 years. She is married to a Scout Master and has a 12yr old boy. She likes to whine about how all of her friends have horses while giving meaningful looks to her husband. After 16 years of marriage, he is adept at eye rolling. Lorinne works with kids, families, custody issues, and is a consultant and trainer for other therapists.