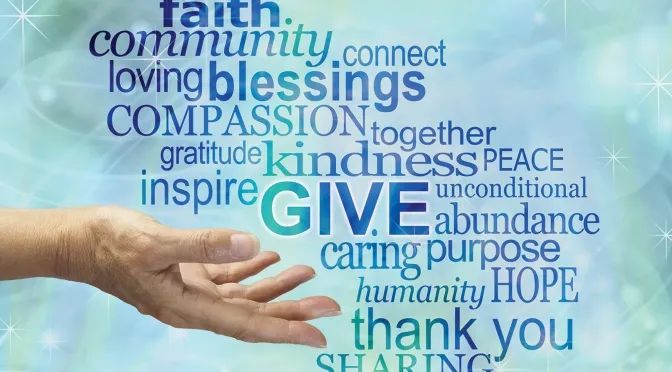 As the holidays approach, donations to charities start pouring in. Billings has thousands of charitable organizations, and one of the highest rates of nonprofits per capita in the nation. With so many worthy causes, taking time to devise a plan thoughtfully helps your gifts have the greatest impact. Planning and research can also help you avoid scams and can give you a leg up on navigating the new tax laws.

Investing locally is smart and makes a tremendous difference in the vibrancy of our community. "We wouldn't survive if it weren't for people giving locally to us," said Ryan Cremer, development director at the Yellowstone Art Museum, which relies on local donors but also receives funds from people nationwide. "Whether it's $5, $10, $100, or $10,000, every single dollar that we receive goes directly towards our education, exhibitions, and making sure we keep the lights on at the end of the day." He added that the YAM works hard to use those funds to offer valuable programs to the community, such as Jam at the YAM and the Art Walk.

The YAM was recently awarded an exceptional four-star rating by the nationwide charity watchdog Charity Navigator, which evaluates charities based on financial health and accountability and transparency. Only four charities in Billings have the four-star rating, including the Billings Food Bank, United Way of Yellowstone County, and Northern Plains Resource Council, but it’s important to note that most local nonprofits aren’t included in the ranking system because they’re too small to qualify.

Northern Plains Resource Council, which focuses on protecting water quality and family farms and ranches, has earned the four-star rating for seven of the last eight years. Chairwoman Becky Mitchell said that while those rankings are useful, the formulas used to award the rating might not always paint an accurate picture of the charity's effectiveness. "It's important to remember that numbers alone may fall short of reflecting a charity's effectiveness or the complexities of a charity's mission," she said. "An effective charity must spend money on the things it takes to actually run the organization - good leadership, solid accounting practices, necessary fundraising work, training for staff and leaders, and so on."

Charity watchdog sites like CharityNavigator.org and GuideStar.org offer a wealth of resources, including tax forms for many nonprofits so you can see firsthand where the donations are going.

For charities that are too small to qualify for the rating process, Charity Navigator spokeswoman Sara Nason urges donors to do their research. "Look to see how much money they raise and spend, if they have a donor privacy policy on their site, and if they list their staff and Board of Directors."

CharityNavigator.org also offers the following list of questions to ask before donating:

However, Greg Popp, CPA, of Mrachek, Popp & Associates, doesn’t think the new tax laws will drastically change their clients’ giving habits. “We anticipate most of our clients will continue to donate to local charities and their churches based on the charities’ mission and programs without regard to the tax deductibility of the donation. Many of our clients donate to national and international non-profits, and we don’t believe their level of giving to these organizations will drop significantly either,” he said.

Still, there are a few strategies to consider tax-wise. Popp said, “If you are close to the threshold for itemizing you might consider bunching or lumping donations in one year. Then you would skip donating in following years and take the standard deduction. This may be a windfall for charities in the year you bunch your contributions, but in subsequent years, it would not be as attractive for charities.” Another option is a donor-advised fund through a financial services firm. Similar to bunching, donors contribute an amount to the fund that puts them over the itemized deduction threshold in the year they donate to that fund. From that fund, they can allocate their donations to favorite charities over time.

So how can you determine where your money will be best invested? Find something you’re passionate about and want to impact. Jennifer Mercer, former executive director of the Billings Depot, said, “Many organizations sit down as a company and talk about where they want their money to go and have that mission,” she said. “As individuals, we tend not to do that as often. Take the time to sit down and figure out what’s near and dear to your heart, and where would you like to have your impact made.”

Make it fun. Don’t feel pressure to donate lots of money; in fact, many organizations rely on donations between 10 and 100 dollars a year. Involve your kids in raising money for a cause that’s important to them. And if you can’t donate funds, volunteer your time.