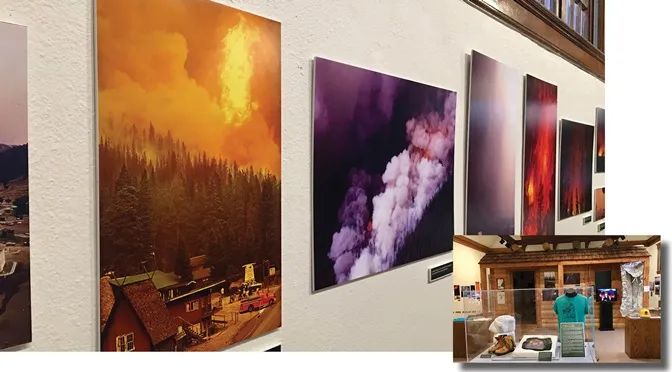 Fanning the Flames of History

The year was 1988. It had been an abnormally wet April and May, tourism was booming, and everything pointed toward a lush, verdant summer. Yet, unbeknownst to many, the rainy spring, the vast amounts of thick underbrush, combined with a dry June set the stage for a volatile summer. At the time they didn’t know what was coming, but unfortunately, we do. If you’ve lived here long, you’ll remember the catastrophic fire season of 1988, which ultimately led to the burning of 36% of Yellowstone National Park (approximately 793,880 acres). If you don’t remember the event, chances are you have at least heard about this grave ecological and firefighting season. In recent years, the rapidity and magnitude of fires have filled our TV screens, newspapers, worries, and prayers. With more and more smoke filling our skies each year, this relevant topic is worth discussing as we remember the worst fire season of Yellowstone’s history which took place 30 years ago, eventually leading to new innovations and policies in firefighting.

Kevin Kooistra, Executive Director of the Western Heritage Center, took us through their current 1988 Yellowstone Park Fires exhibit, which provides historical content as well as harrowing first-hand accounts, images, and artifacts left behind from the fires. According to Kevin, the conditions that led to the 1988 fires were the result of a few different factors. It was customary to allow natural fires to “run their course” due to the 1972 fire policy of Yellowstone Park. With a background in archaeology, Kevin worked in Yellowstone during the 1980s. Yellowstone was very overgrown back then, he recalls. “It was a tangled web of underbrush.” At that time, it was also encouraged to leave the underbrush for environmental purposes. Having a fire policy of running its course, and a lot of overgrown underbrush makes for a "tinderbox" after a dry June, and an even drier July. When lightning struck, Yellowstone went up in flames.

June 14, 1988, the first fire started, and by July there were flames throughout. Lightning, dry conditions, and fierce winds strengthened the blaze. The National Park Service (NPS) estimates that there were 42 fires caused by lightning that summer alone. Initially, "Park managers followed the 1972 fire policy to let naturally caused fires burn. Beginning July 15, began fighting all fires” (NPS). Kevin remembers, “It wasn’t really making national news at this point… though when August rolled around, and it was hotter and drier, the concern grew.” While the fires ravaged parts of the Park, other areas were unaffected, and tourists still visited, including Vice President George H.W. Bush. The V.P. was forced to evacuate a fishing trip when the fire came too close for comfort (NPS). By August 20, infamously dubbed as Black Saturday, “More acres were burned in the Park on this one day than in all of Yellowstone’s fires combined” (Exhibit). Cooke City was later under threat after a fireball exploded just outside.

Those who valiantly fought the Yellowstone Fires are remembered as National Park heroes! Thousands of firefighters and military personnel from all over came to help in the fight, and we can gladly say, no human lives were lost. Unfortunately, wildlife did not fare as well, with notable losses of elk, bison, moose, deer, and bears. By fall, however, moisture returned signaling the end of a very long, destructive fire season. The aftermath? Many questioned if things would ever grow back. But as you’ll see, fires leave the soil richer (this method has been used historically by indigenous peoples purposely through “slash-and-burn farming”). The NPS noted, “In the first few years, fireweed and other wildflowers flourished in the newly sunny and enriched soils, and grasslands returned to their pre-fire appearance. Within five years, new lodgepole pines became visible among the burned remains of the previous forest.” Kevin returned to Yellowstone in 1989. He explained, “Though the fires were devastating, they led to interesting archaeological finds,” describing how he and others went on to discover obsidian artifacts at Obsidian Cliff, which had been too overgrown to explore earlier in the ‘80s.

The Yellowstone Fires changed the way everyone viewed fire. “It is a pivotal moment in the history of fire management policy across the world” (NPS). The Fires eventually gained incredible amounts of national attention, and fortunately did not dissuade tourists from coming to explore the Park. Tourism grew in 1989 and has continued to flourish.

This exhibit was made possible by Elizabeth DeGrenier (Western Heritage Community Historian) who partnered with Dr. Wendt (a local Social Studies teacher) and his incredibly talented students.

This team collaborated with the National Park Service to acquire loaned artifacts; they interviewed 1988 firefighters, and journalists, and worked with the Billings Gazette to share their powerful photos of the event. Combining the stories, the students worked with Kayla at Community 7 Television to put together a video which plays throughout the day.

This exhibit is available through December 30th. Don’t miss it! As Kevin put it, “These exhibits happen because we have so many gracious community partners.” Let's show our support by visiting the Western Heritage Center this fall!