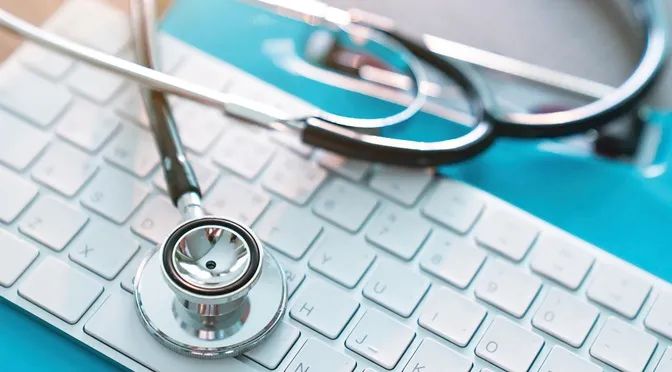 In 2003, Dr. Sanjeev Arora faced a daunting healthcare crisis. As one of the only hepatitis C specialists in New Mexico, the nation’s fifth largest state, he was struggling to treat the estimated 30,000 patients who needed his care at the University of New Mexico.

Hepatitis C is a common liver infection that causes inflammation. New medications had been developed around that time that made hepatitis C a curable disease, but without treatment, it can progress to deadly scarring of the liver or liver cancer.

It was a terrible predicament: those in the early stages were put on an eight-month wait list to see him, while those he was able to see already had more advanced disease. “We couldn’t reach them because of the eight-month wait, and I was seeing people come in with liver cancer and liver failure,” Dr. Arora said.

There was also a geographic barrier to specialized care. Patients in New Mexico, like Montana, the fourth largest state, must sometimes drive hundreds of miles, multiple times a month to access treatments, which adds costs for travel and lodging.

In Montana, there’s a similar story, but a different focus. Billings Clinic’s Dr. Eric Arzubi, chair of the Department of Psychiatry, is on a mission to offer quality mental health services to all Montanans, but he has also run into the similar obstacles of geography and too few doctors to meet an increasing need. And Montanans are dying because of those barriers.

A 2018 Centers for Disease Control report ranked Montana as the nation’s leader in suicide rates, and state budget cuts mean there are even fewer resources to devote to the growing crisis. Dr. Arzubi is working diligently to find a variety of solutions, including establishing a psychiatry residency in partnership with the University of Washington. Another approach he’s taking builds on work from another large, rural, Western state.

When Dr. Arora was searching for a solution in 2003, Skype was gaining popularity, and technology was rapidly accelerating, which made it easier to share knowledge. Dr. Arora came up with an idea. He recruited primary healthcare providers around New Mexico to participate in what would become Project ECHO (Extension for Community Healthcare Outcomes). The idea was simple: they would work closely with him via video conferencing to treat patients near their homes until the primary care provider could manage the patient's care on their own. It armed physicians in outlying areas with specialized knowledge to treat diseases customarily handled at large academic medical institutions.

The evidence started accumulating, all pointing to increased patient and provider satisfaction, and reduced feelings of isolation for doctors in remote areas. Over the next 18 months, the wait in Dr. Arora’s clinic went from eight months to two weeks.

Another interesting thing happened. After a large federal grant, Dr. Arora’s team studied the outcomes of patients in rural areas being treated by their own doctors closer to home, and found that the doctors in outlying areas were actually having as much success - or more - than the specialists working at the university. “We found that treating patients close to their home in a culturally appropriate setting by doctors whom they know and trust… cures can be higher because adherence is better,” said Dr. Arora.

Project ECHO quickly translated into other areas of medicine. Today, 217 hospitals in 31 countries are working with outlying providers to treat 70 different disease areas. The goal is to reach one billion people with Project ECHO by 2025.

In January 2016, Billings Clinic joined the growing list of participating medical centers. Dr. Arzubi spearheaded the launch of the first Project ECHO in Montana to reach those who lack adequate access to mental health services.

As the largest psychiatry department in the state, the team at Billings Clinic serves as the hub to facilitate conversations among the broader network of spoke sites in remote facilities, and participating centers are able to share knowledge and strategies to address Montana’s unique vulnerabilities.

During a twice-monthly, 90-minute video conference, healthcare providers from spoke sites around the state meet to hear from the hub site about recent research and findings. The second part of the meeting is devoted to members sharing cases with the group and eliciting knowledge from the entire network. With Project ECHO, learning is constant and multi-directional. It also offers critically important validation and helps minimize the isolation that can plague rural providers.

“There’s a lot of expertise all over the state, and we want to make sure that we’re drawing from that and encouraging everybody to feel empowered. We’re finding in many cases that folks are doing exactly the right thing, but they may not have had the training to feel confident that they are, in fact, doing the right thing,” Dr. Arzubi said.

Project ECHO has rapidly grown since its inception in the Treasure State, and there are now ECHOs dedicated to areas such as mental health within the correctional system, pediatric mental health, and general psychological health. The newest ECHO supports social workers in the state's Child and Family Services Division, pairing experts in trauma, abuse, and neglect with CFSD offices statewide to discuss difficult cases, and ultimately, provide better care for children.

“The only way we’re going to solve this mental health problem is if we start thinking outside the box, being innovative, and looking at changing the system,” Dr. Arzubi said. “So that’s what we’re trying to accomplish.”