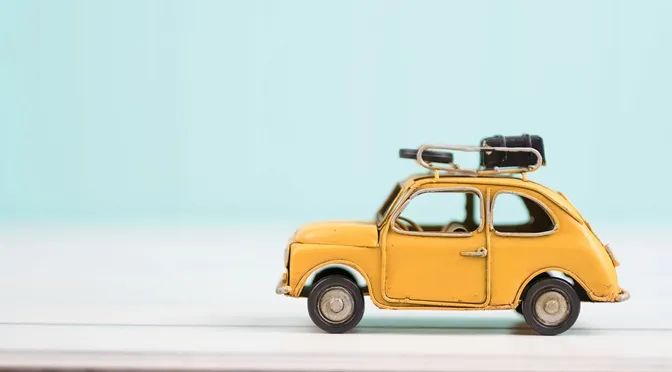 Is there anything quite like the first taste of freedom that comes with getting your driver’s license and your first set of wheels? Even if sitting on top of those wheels and tires is a hail-dented, yellow-colored, boat of a car that affectionately went by the moniker, “Chaquita Banana”? Even then…

It seems like it’s almost a badge of honor – having a clunker of a first car. Or maybe it’s just meant to keep you humble…Either way, once you get the ball rolling on the subject, it often becomes a battle of the worsts. “You think you had it bad, well let me tell you about MY first car!” When you get a minute, you’ve got to check out comedian Sam Adams’ set via DryBarComedy.Com, “There, I fixed it.” He talks about his first car and his dad’s solutions to the various non-working parts (two words: gas pedal). Then, take yourself to the comments, where it truly is a battle of the worsts. One of the best comments (edited for clarity):

Had a friend with an old Volvo. Wipers didn’t work, and his father resolved the issue with two strings; the guy always rolled with a friend because every time it rained he would pull his side, you pulled yours. No AC, so when it down-poured, you did CrossFit with the wipers and got out of the car soaking wet. –Alex Perez

Now let me take you back to the Chaquita Banana. As I said, it was a large boat of a thing, this car, sporting those aforementioned hail dents, with an occasionally working radio and a never working fuel gauge. Over the years the ceiling liner began falling down with what I assumed was insulation flying about, and in order to successfully get a visual from the rearview mirror, one had to push up the flailing ceiling. However, it was quite probably the easiest stick shift you could ever hope to learn on. So easy, I taught my best friend how to drive a manual in that car (and I may or may not have conned her into learning how to stop and start on a hill before me…). I’m being kind when I say this car struggled to get started, stay started, and maneuver during a Montana winter. But you know what? I probably could not have been safer. Let me tell you about the time that I didn’t quite make a turn on icy roads and slid into a wooden pole on Main Street in Laurel.

…I dented the pole, you guys. Meanwhile, not a dent was found (well, any new dents) on the bumper of the Chaquita Banana. Rock solid, that car.

You’ve heard my tale (well, some of them), now let’s hear yours. Hit us up across our social media channels with the hashtag #myfirstcar.