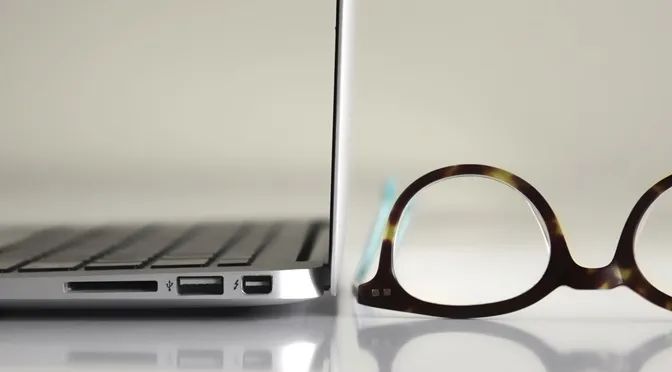 Screens are everywhere, and trying to avoid them is almost laughable. For many of us, our phones serve as our alarm clocks, which means a screen is often the very first thing we see in the morning. From there, we look up the weather, email, scroll through social media, and then we’re on computers at work and checking devices throughout the day - to plan activities, pay bills, look up dinner recipes, read the news, and on and on. Finally, we set our alarm clocks before turning in, which means they’re also among the last things we see at night.

This lifestyle shift has only happened in the last ten years or so. People started using computers regularly in the 1980s and '90s, but the real change coincided with the dawn of the iPhone in the summer of 2007. Suddenly, we were all connected, 24/7, and today, it's actually difficult for experts to pin down precisely what tech addiction means since we're on our devices nearly around the clock. While there is a debate about exactly how much screen time is okay for our brains, particularly in regards to child development, there are growing concerns among eye doctors about the blue light emitted by screens.

If you look at the spectrum of visible light, red starts that spectrum with the lowest frequency wavelength and blue has a higher frequency. You can actually see this principle with a blowtorch; red flames are associated with lower energy and temperatures, and blue flames emit hotter temperatures and release greater energy.

Blue light itself isn’t necessarily harmful; it’s mostly found in natural sunlight. The concern is how much we’re getting and when. According to Drs. Kelci Rolfstad and Amanda Haber at Heights Eyecare, our digital devices, and artificial lights are bathing us in blue light at levels we haven't experienced before, which has a number of potentially concerning effects. "Thanks to modern technology, it's easy to exceed healthy levels of blue light, especially at night. Because it is high energy, blue light is hard for the eye to focus on and causes eyestrain, headaches, and disruption of the natural sleep cycle." "Blue light helps regulate our circadian rhythm (sleep cycle), but if we are exposed to blue light late in the day, it can throw off the body's biological clock."

In fact, sleep scientists urge computer users to turn off screens for four hours before bedtime. It’s all due to how our bodies process light. Increased production of the hormone melatonin at night is responsible for making us feel sleepy. Its production drops in the morning, helping us feel more alert and ready for the day. Exposure to blue light before bedtime suppresses the production of melatonin and can wreak havoc on a healthy sleep cycle.

The amount of blue light emitted by screens is just enough to mimic natural sunlight to fool your body into thinking that it’s time to start the day, instead of wrapping it up and preparing to sleep. When melatonin production is suppressed, the sleep cycle gets pushed back, and the result is a less restful night.

Avoiding screens for hours before sleeping isn’t always possible. So Drs. Haber and Rolfstad advocate using blue light blocking glasses to help curb that wakefulness and protect your eyes from potential damage from too much exposure to blue light. "People of all ages can benefit from these glasses, but particularly those who are on digital devices for a significant amount of time and around a lot of artificial light. Youth are especially at risk for blue light exposure because they have no natural protection from the lens within the eye, they tend to hold devices closer, and their larger pupils let in more blue light,” they continue.

The research on the potentially harmful effects of screens is still developing. Despite their ubiquity, smartphones and tablets haven't been around long enough for scientists to conduct long-term studies and fully understand the effect on our bodies. "I like to tell my patients that we are all in kind of a digital experiment, where we do not know the long-term effects that excessive blue light exposure will have on the eye and overall body health. I'm a believer in preventative health care, and I think blue light blocking glasses are a good investment in prevention of the inhibition of the body's sleep cycle, but also can be very helpful with digital eye strain," the team at Heights Eyecare suggests.

A variety of styles of blue light blocking glasses are hitting the market, and they are no longer limited to the wraparound yellow tint style of earlier versions. Today’s blue light blocking glasses look like regular reading glasses, and can even be enhanced with glare reduction to further alleviate digital eye strain. They come in different price ranges as well; some start as low as $20. Ask your doctor at your next eye appointment if such glasses are a good option for your lifestyle.