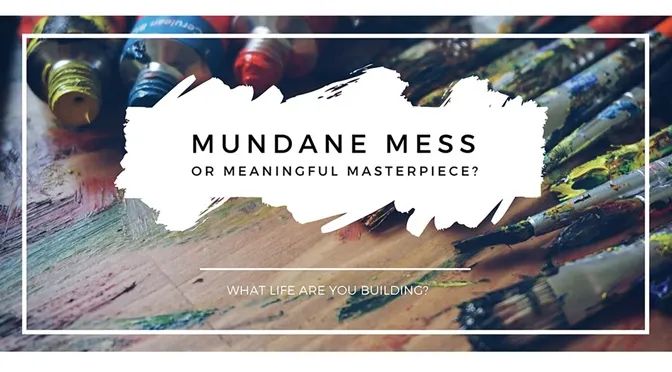 As we pulled into the driveway of the mountainside Bed and Breakfast, a young man walked out the front door to greet us. Skinny, with a man bun, he introduced himself with a thick accent “Hi, I am Thijme.” As he showed us to our room, he began to tell us his story. He had come across the world to find a girl. He had seen her artwork and was inspired by both her beauty and her creations. He told his story to the Bed and Breakfast owners in Costco earlier that week, and they were so swept away by the romanticism, they said he could stay in their home and help with their guests. So there he was, helping us with our bags while in search of his soul mate.

I was incredibly intrigued by his story. As we visited, we learned he was a self-taught artist. Thijme showed us his work, and we were blown away. He showed us a time-lapsed video he had created over months for the girl. You could see his creative process unfold as he put what’s in his soul onto canvas. His video, called I Paint, has now had over 1.9 million views on YouTube.

I’ve thought many times about Thijme, his masterpieces; his story. Though I am not an art connoisseur, I found myself deeply moved as I’ve considered the message his masterpieces convey. So, when I say that I am deeply moved, you must know that there is a parallel I need to draw.

To help draw the connection, let me share a parable I’ve come across several times:

On a foggy autumn day nearly 800 years ago, a traveler happened upon a large group of workers adjacent to the River Avon. Despite being tardy for an important rendezvous, curiosity convinced the traveler that he should inquire about their work. With a slight detour, he moved toward the first of the three tradesmen and said: "My dear fellow what is it that you are doing?" The man continued his work and grumbled, "I am cutting stones." Realizing that the mason did not wish to engage in a conversation, the traveler moved toward the second of the three and repeated the question. To the traveler's delight this time the man stopped his work, ever so briefly, and stated that he was a stonecutter. He then added, "I came to Salisbury from the north to work, but as soon as I earn ten quid I will return home." The traveler thanked the second mason, wished him a safe journey home, and began to head to the third of the trio.

When he reached the third worker, he once again asked the original question. This time the worker paused, glanced at the traveler until they made eye contact, and then looked skyward drawing the traveler's eyes upward. The third mason replied, "I am a mason, and I am building a cathedral." He continued, "I have journeyed many miles to be part of the team that is constructing this magnificent cathedral. I have spent many months away from my family, and I miss them dearly. However, I know how important Salisbury Cathedral will be one day, and I know how many people will find sanctuary and solace here. I know this because the Bishop once told me his vision for this great place. He described how people would come from all parts to worship here. He also told that the Cathedral would not be completed in our days but that the future depends on our hard work.” He paused and then said, "So I am prepared to be away from my family because I know it is the right thing to do. I hope that one day my son will continue in my footsteps and perhaps even his son if need be."

Cathedrals took decades, even centuries to complete. Few people who worked on them expected to see them finished during their lifetimes. Being involved in the construction of a cathedral, even as the building patron, required a willingness to be part of a process that was larger than oneself.

A masterpiece, a skillful expression of a creator, often requires a lengthy process including small, mundane tasks that, if isolated, appear to have no meaning, but put together create a work of awe and wonder. As in the parable, the first man could only see that he was there to cut stone. He had no vision, saw no meaning in the mundane. I bet this man felt unmotivated, uninspired, and maybe even struggled to get himself to work. The second man only saw his work as a means to an end for himself and his family. He did what needed to be done so he could have what he wanted to have. I can’t say his work was inspired, although he had more reason for being a stonecutter. But the third man, he had inspired vision. His work was an extension of who he was. His work was part of a greater process that he valued and understood was essential to the product. We can assume that he lived inspired. He woke up with purpose and could be patient with the process, knowing it would eventually transformed into a masterpiece that would give glory to God for years to come.

I am guessing none of us are stonecutters by trade, yet we fall into one of the three categories of workers.

We are a masterpiece, one that takes years to create. Even the mundane things are meaningful. Our creator breathed his very life into ours so that we would be an expression of his magnificence- moving others into awe and wonder. What often seems to be a mess in the process, is a meaningful message for the world. Our stonecutting, the parts of the process that are hard and go unnoticed, the times when our work seems insignificant, it’s all part of a bigger picture. We are building cathedrals with our lives.

about the author...Jamie, wife of her high school sweetheart and mom of 4 boys, has been in the fitness industry for 18 years. "Fuel the body, mobilize the soul" is her mission. Connect with Jamie on Facebook www.facebook.com/jamiebeeson1 or online at bit.ly/JamieBeeson