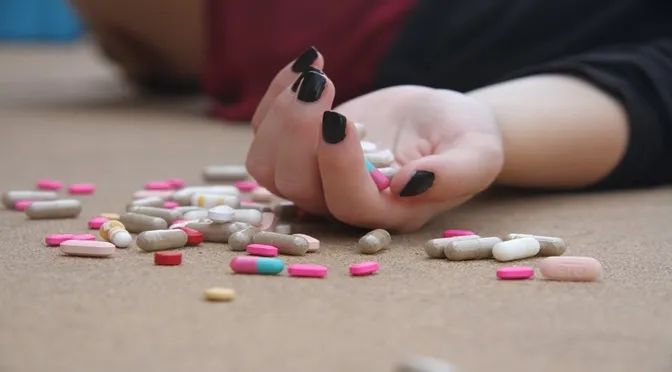 Teens and drug use

“Over 70% of drug users are employed…are they employed by you?” It’s a tagline sure to get your attention, whether you are a business owner, employee, parent, or teen in search of your first experience in the workforce.  Drug use is an uncomfortable topic in any situation but can be especially dangerous to a workplace, putting business owners, clients, and other employees at risk of perilous consequences. One Billings company, The Chemnet Consortium, focuses on workplace safety by offering drug and alcohol testing programs to employers to keep their work environments safer.  Recently, they added an innovative program called ProTeen that aims to provide the same benefit to parents of teens and young adults.

Samantha Morris, Vice President of Chemnet, says, “The ProTeen program is designed to be a mutual agreement between the parent and teen.” This creative model offers preventative testing, and lets teens know up front that their parent or guardian can schedule a drug test at any time, whether or not there seems to be a problem.  There are several benefits to this approach, one being that it gives teens a compelling reason not to give in to the peer pressure that can become such a hurdle to staying away from harmful substances.  It’s an easy “out” for a young adult to be able to tell their friends, “Sorry guys…my parents have me in a random testing program – I can’t afford to be caught with that.” Creating a specific incentive program has also been effective, according to Morris.  The incentive might operate differently for every family, but it could mean an agreement that certain privileges (such as the use of a car or cell phone) are dependent on a child's avoidance of drugs or alcohol.  She says, "Due to participation in the program, kids have a good excuse to say "no" when peer pressure finds them. For most kids, that's all they need…a really good reason to say no."

Morris isn’t the only one who foresees a need for parents to have this program in their arsenal.  STEP Officer Brandon Ihde with the Billings Police Department notices a disturbing trend of drug use amongst Billings teens.  Specially trained as one of only 60 DRE (Drug Recognition Experts) in the state of Montana, Ihde has a front row seat to the devastating effects drugs and alcohol can have on our young people.  He says of his training, “During our inspection of each person, we had time to socialize and chat, and for nearly every person I asked why they were into drugs, the answer was the same.  They started with smoking marijuana before the novelty wore off, and then they needed a bigger rush.” He describes marijuana as the trunk of the tree from which experimentation with other drugs branches off. Ihde agrees that giving parents access to random drug testing will hopefully be a compelling excuse for kids to resist the peer pressure of drug use, and could curtail curiosity of other substances.  To reinforce his position, Ihde cites the decrease in drug-related encounters the Billings Police Department has with students at area private schools, where drug testing of student athletes is the norm.

“If parents suspect drug or alcohol use I would suggest that they be proactive about combatting it, either through counseling or drug testing.  Obviously, if you've confirmed substance use and can get it corrected, parents would want to continue to stay on top of the continual corrective action and positive reinforcement to ensure there isn't a relapse.” Officer Ihde

The telltale signs of suspected drug use might be difficult for parents to notice in their child.  Or, perhaps, parents' instincts are telling them that something isn't quite right at home, and they want to rule out drugs or alcohol as a stumbling block for their teen.  Morris says, "Unfortunately, by the time parents realize there is an issue, it is usually due to addictive patterns of drug or alcohol use.” She advises parents not to wait it out in hopes things will get better.  As a mother of two children on the cusp of their teenage years, Morris is passionate about serving families through the ProTeen program.  She reveals one fact that she says is the driving force behind her zeal for seeing this program thrive: most people use drugs for the first time when they are teenagers.  There were just over 2.8 million new users of illicit drugs in 2013 or about 7,800 per day.  54.1 percent of this number was under 18 years of age. (NIH – National Institute on Drug Abuse) Fortunately, through The Chemnet Consortium and the ProTeen program, teens in Billings have one more reason not become a part of that statistic.