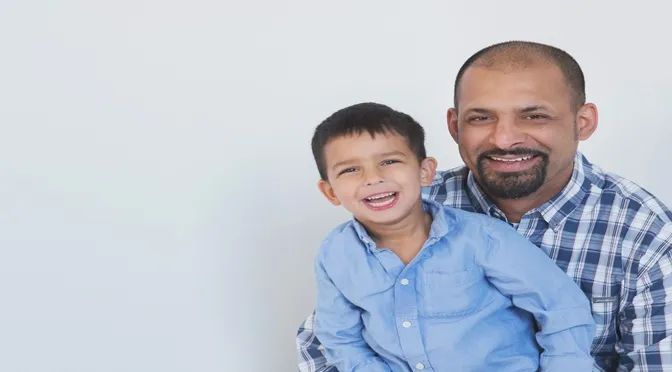 Getting to know Harvey Singh

Mahatma Gandhi, civil rights leader and global peace pioneer, once said, “Be the change you wish to see in the world.” Harvey Singh is a local Billings resident who isn’t taking that charge lightly.  Honored as the 2017 “Business Person of The Year” by the Billings Chamber of Commerce, Singh embodies many of the characteristics that ring true of a natural-born world changer.  Although not a Billings native, Singh has established himself in the community as solidly as one of the many well-built construction projects he can be found working on.  Indeed, a jack-of-all-trades, he flourishes in many different spheres within the community, including contracting, a roofing company, marketing, real estate, and the restaurant industry.

Singh arrived in Billings from Riverside, California on the heels of the Father’s Day tornado in 2010, and quickly found himself in demand as a roofer.  Singh Contracting was born in 2013, a company whose success was clinched after a record-setting hailstorm the following year.  The company continues to branch out and steadily grow with the expanding Billings market, and now has its sights set on even more arduous projects like siding, gutters, new construction and remodels.

One way that Singh ventured to set himself apart from others in his field early on was through marketing and advertising.  Not content with traditional advertising techniques, he was after something with a bit more edge and global appeal.  He and a colleague, Levi Adams, teamed up to produce a few video ads for Singh Contracting.  They purchased the highest-quality video and recording equipment, and that decision led to the realization that if they were looking for innovative advertising, maybe other companies in town were, too.  Outward Media Group, an advertising and marketing firm specializing in videos and website design, was their answer and continues to be a thriving business in the community.

Singh realizes that because of his widely varied professional endeavors, he often has a tough time answering the question, “So, what do you do for a living?” He thoughtfully responds, “That’s a very good question! Mostly I dream; create ideas and then manifest them.  I spend a lot of time contemplating what our community needs.”  Many friends and colleagues refer to him as an entrepreneur, but his end game is loftier.  He says, "My ideas are not based around money, but art and quality of life. I try to place key people to manage businesses that I have started who can help build the structure, vision, and mission. Once things are set in motion, my time frees up, and I am able to move on to something else." He sees the financial payoff of his hard work not as the finish line, but the starting point to be able to continue to create and aspire to more.

The spring of last year brought a taste of yet another innovative endeavor for Singh. As if he didn’t already have enough on his plate, he saw a need in the Billings community for a downtown restaurant that could take diners on a tour of diverse cuisine, as well as offering an array of imported beers and wines.  Seva (a Sanskrit word meaning “selfless service”) opened its doors in May of 2017.  Located at 313 North Broadway, the building also serves as a home for Outward Media Group (affectionately nicknamed “OMG”) and Singh’s private office space. More recently, Singh teamed up with Keith Hart, a Keller Williams Realtor, on yet another new project.  Appropriately named Limitless Group Realty, the vision is to offer an out-of-the-box experience in buying and selling homes.  The heart behind this idea is to bring a fresh style of homebuilding to the area, hearkening back to days gone by when a real community was born.  With an innovative spin on traditional subdivisions, Limitless Group Realty will enter into the residential and commercial real estate market with the same energy and creative spirit that has brought Singh so much success thus far.

“All of our businesses are based around community. Our advertisements promote fellowship and family bond. And the way we communicate it is by giving back. We have been very fortunate to come from nothing, and to be able to build what we have in such a short time.”

Expressing the theme of community is, in fact, one of the hallmarks of Singh’s business philosophy.  He says, “All of our businesses are based around community. Our advertisements promote fellowship and family bond. And the way we communicate it is by giving back. We have been very fortunate to come from nothing, and to be able to build what we have in such a short time.” This overwhelming feeling of gratitude has been a part of Singh’s model from the very beginning, and he takes care to show appreciation to the people who have supported his dreams.  From customers to colleagues, Singh tries to convey his gratefulness, and he describes the snowball effect of this "pay it forward" philosophy this way; "We make sure they know we are grateful. It results in a greater feeling of gratitude from our customers and influences what they tell people about us.  That creates more business, which allows us to give back even more.  Energy attracts like energy.”

Singh comes by his zealous living naturally.  His father, Gurnam, was a mechanical engineer who traveled from India to study in England.   Later, he returned to India to marry Singh's mother, Mohinder, through an arranged marriage, with his parents not setting eyes on each other until their wedding day. Singh describes his childhood as "very odd"; growing up a Sikh Punjabi led to a dichotomy of following a traditional Indian lifestyle and the Sikh religion of his parents while learning English and the American culture outside of his home.  His family's life was sprinkled with racism, and after watching his father experience several negative business encounters, he developed a dislike of corporate America and the almighty dollar.  He turned down college opportunities in favor of pursuing his passion for music and worked as a construction laborer, living paycheck to paycheck.  In 2006, a documentary called The Secret captured his attention.  This film empowers viewers based on research and investigation of thousands of years of human history, including nearly every religion and field of human experience.  The principles of The Secret have been life-changing for Singh, who says he "learned so much about how my thoughts were responsible for everything that had happened in my life; the good and the bad. After a brief period of grief, I was born again with a new purpose. I began to dream again and build a new me, and thus, a new life."

This pivotal moment in Singh’s life led to a dramatic influence towards his business model.  He admits that in the past, he "used to never want anything to do with money.  But, I learned that you don't have to be a slick or shady person to acquire wealth.  You don’t have to hold onto it and praise it. You do good with it, and that completely changed me.”  Singh has, indeed, accomplished much good with the fruits of his labor.  His company sponsors nearly every type of sports team the Billings area offers; from football to baseball, to motocross sports and dance teams.  Hospitals, shelters, and non-profits have also benefitted from Singh’s generosity.  Since the creation of Singh Contracting in 2013, over one million dollars have been funneled back into the community through philanthropic efforts. Singh says, “Some people invest in the economy…we try to invest in the human economy.”  His efforts are driven by one person in particular – his son, Taj, who turns 5 in March.  With dreams of creating a better world for his child, Singh is motivated to continue to find ways to give back to his community.

Enjoying the wealth of opportunities right here in Montana is significant to both Singh and little Taj.  The pair can often be found fishing on a warm summer evening, or stretching their legs on a long hike.  They spend time together riding dirt bikes and attending Motocross races both close to town and across the country.  When time allows, they travel together, visiting family on the West Coast and playing in the cool waters of the Pacific Ocean.  Singh expresses, “The beach is very important to me.  Aside from allowing my son to experience a different landscape, it’s where I do most of my thinking and dreaming.  It’s where I am the calmest and at peace."  As Taj grows older, Singh envisions time spent traveling even further abroad, giving his son access to the knowledge and experience that can only come with time and travels.

Harvey Singh doesn't plan on slowing down anytime soon.  With a heart that beats for his community and sincere appreciation for those who have helped him along his journey thus far, it appears the sky truly is the limit for this talented businessman.  His current focus is on enriching the culture, landscape, and community of Billings, as well as surrounding cities in Montana and even North Dakota.  His dreams, however, stretch far beyond the Western skies.  He says, “The more we are able to do right here in the Northwest, the more I realize is possible.” Singh is grateful for the support of his neighbors here in Big Sky country, and it’s safe to say that his Billings neighbors are glad he planted his roots here as well.