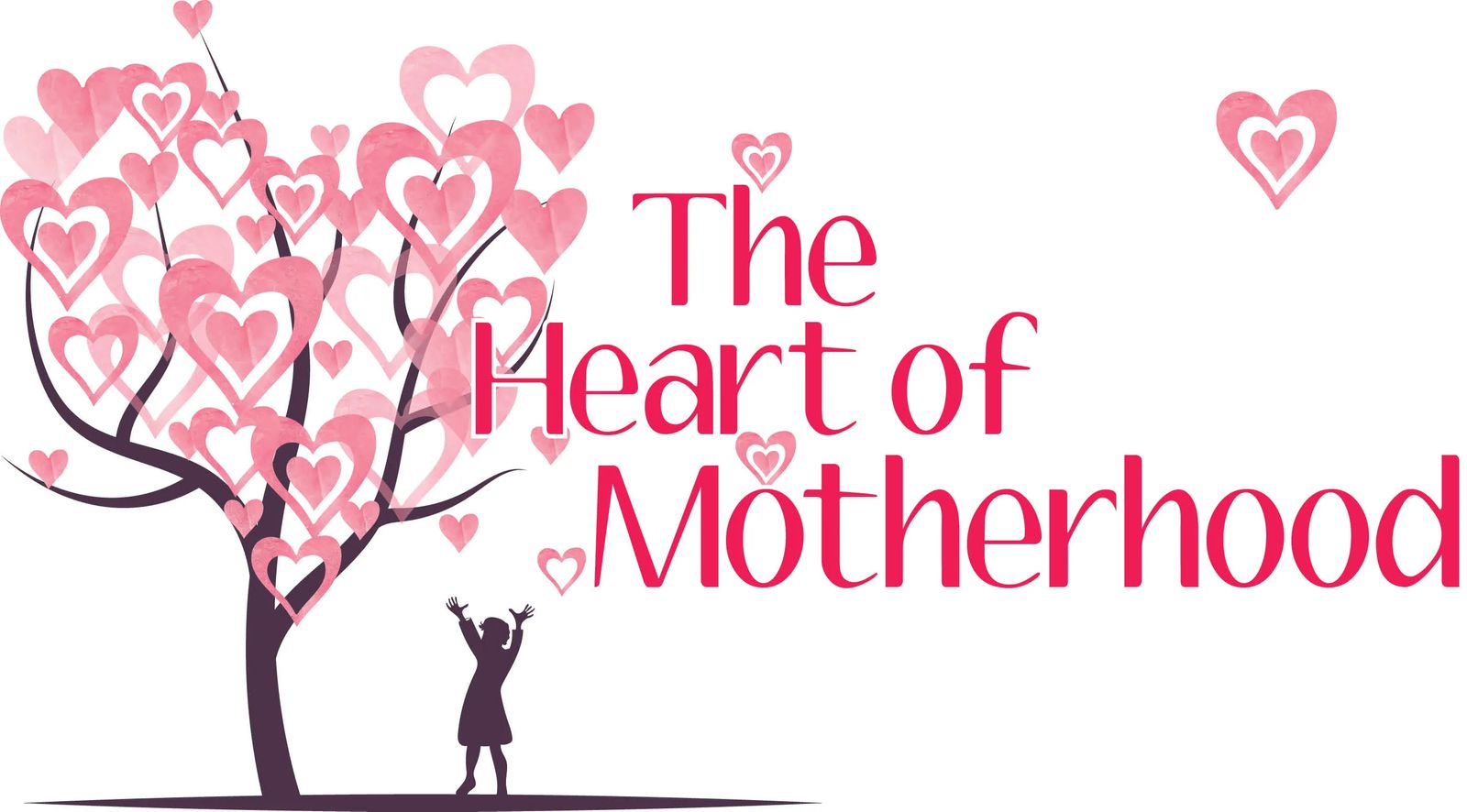 The heart of motherhood

Moms: no two are exactly alike, no two do the “job” just the same, yet Mom is a wearer of many hats, you might say she is the center of her family’s universe (whether anyone, including her, actually recognizes this or not). She establishes the routines, coordinates the schedules, kisses the owies, is the calm in the storm – sometimes she is the storm – and through it all, she loves. The bond between a mother and her children is different and unique than that of a father and his children. Neither is necessarily better than the other, just different. And important.

“Motherhood is the greatest thing and the hardest thing.” –Ricki Lake

From the outside looking in, there are many preconceived notions about Mom, yet if we were to look at any woman anywhere whether she has her children with her or not, we don’t know her story. We don’t know the road she’s traveled, the struggles she’s faced, the triumphs she’s celebrated just to look at her. If there’s anything we should have learned in this life, it’s Assume Nothing. To take us behind the faces and the titles, we sat down with seven different moms, each representing a unique mothering story. It wasn’t long before we discovered among the differences, threads of commonalities that ran through each of their stories. Let’s meet the moms and see how reality might challenge our perceptions.

We asked the moms: 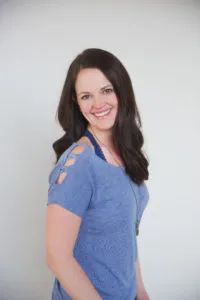 Suzanne Vaira is a stay-at-home mom of four, three boys and a girl (the oldest) - ages 8 (almost 9), 6, 4, and 1 (almost 2). Though having four was what she had always imagined, she laughingly recalls thinking after three, “This is really hard; I think I could be done, but my husband was like, ‘Nope, you talked me into four, we’re going for four and they’re all going to be two and a half years apart!’”

The challenges? “It’s constant. It’s always laundry and it’s always dishes.” And even though she has four, Suzanne notes that there are still “situations you don’t know how to handle, and that’s hard.” There’s not one right answer, she reflects, and what works on one kid, might not work with another. “They’re all so different,” she says, “and they need different things and they need you to react differently to different things.”

Her strengths? In addition to what would appear to be a superpower-esque ability to get herself and her kids ready and out the door in 30 minutes, Suzanne pinpoints being easygoing and laidback as her strengths. Not easily “razzled,” though she adds that doesn’t mean she doesn’t sometimes get mad, but things are “pretty chill; I’m very organized, so everything falls into place. Easygoing, but organized.” Hence those 30-minute mornings. Part of that equation is teamwork. She and the kids are up at 7:30am, they get dressed on their own (except the 1 year old), Dad starts breakfast, Suzanne comes out to finish up breakfast, they brush their teeth, and they’re out the door by 8:05am. Seriously, superpower. 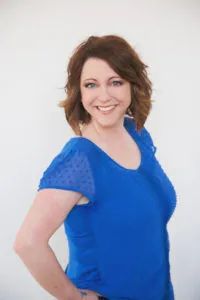 Robin Hamm’s journey to motherhood was not an easy one. Miscarriages, failed in-vitros, a loss at 5 months, all of which eventually led to adoption. A daughter, now 5 years old. In total it has taken 12 years to get there. Though they’d always imagined two or three children she says, “You kind of roll with things and we’re here where we are now; I had a long road to be a mom.”

The challenges? Robin begins by saying, “I think we’re lucky because our daughter is very independent, very outgoing, but I guess the challenge is just having herself to play with a lot.” The only girl on both sides of their family, Robin enjoys how she’ll play with trucks or Barbie dolls, and now that she’s in school she’s happy playing with both boys and girls, but not having any children at home for her to play with is the biggest challenge.

Her strengths? Having been through so much in getting here, Robin reflects that she tries to appreciate every day that she has with her daughter. She strives to be patient, making sure she’s raising her to be respectful. 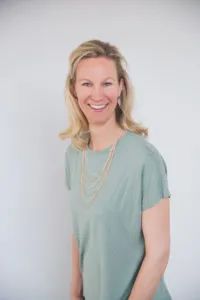 Dr. Kim Meier began her mothering story on a move from Ireland to Billings when she was 8 months pregnant with their first. Things didn’t slow down from there, as the couple would open the doors to Meier Family Chiropractic two weeks after the birth of their oldest, now 10. Their youngest is now 7. Kim fondly recalls wrapping their daughter in her swaddle while she napped under the desk as they built their business. From there the couple was able to alternate their schedules so that one of them was always with their girls.

The challenges? Though the family has never had to utilize childcare, Kim says balancing it all has been challenging, yet rewarding. She remembers when the girls were little how she and her husband would swap shifts at lunch hour and hand off the kids, with zero downtime. Now that the girls are in school they work Friday mornings together and schedule a lunch date at the end of their shift, making time for each other without talking about business is “the most challenging, but important thing when we are so busy!”

Her strengths? Communication and having a solid partner. Kim points to her husband, Jeff, as being her biggest strength, saying “I cannot imagine a better partner in this all!” Though her opposite “in every way, he brings a balance to all the craziness.” An amazing business partner, partner in life, and an incredible dad. 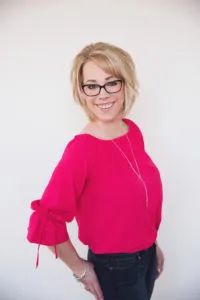 Amber Brocklebank hit the ground running into motherhood. Her parenting journey didn’t start in infancy, it started six years ago with her husband’s son and daughters, now ages 16, 14, and 12. Next came another son, now age 5, then twins (a boy and a girl) completed their family two years later. Amber says she didn’t necessarily have any specific imaginings of her future family, just that she had always wanted to be a mom.

The challenges? To blend, Amber shares, is a lot of work. “You have no idea how to prepare yourself, you just think it’s going to be easier than it is and just kind of come naturally.” As with all parenting situations, some days are great and some days are hard. Some of the challenges, she says, are just working to keep things as equal and stable as possible. “You love them all, but you love them each differently.” So it’s about showing them all that you love them and you’re doing the best you can, she adds. Through it all, though, she’s found seeing the little kids with the big kids to be a great blessing.

Her strengths? First and foremost, consistency. “I’m very big on consistency and stability.” Amber adds that her faith is both a source of strength and a strength in and of itself. As well as letting the kids know they’re loved, “I talk about that all the time,” she says, and “letting them know who they are in God.” And, with six kids, “You do have to be organized, but you do have to be okay with letting things go, too.” 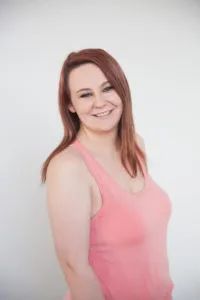 When Jasmine Robbins first found out she was pregnant junior year, she wasn’t sure where to go. After talking with her school counselor, he guided her to Young Families, an organization that has been extremely helpful during Jasmine’s pregnancy and these first two years of her daughter’s life.

The challenges? With her daughter’s father living two hours away, ironing out the details of co-parenting from a distance has been the greatest challenge so far, shares Jasmine.

Her strengths? “Doing everything for her,” is what Jasmine identifies as her greatest strength. She strives to do her best in all things – she’s recently completed a phlebotomy course, and is working to get her career going. Accessing services through Young Families has been a part of that. Not only do they provide childcare, but during her pregnancy Jasmine completed classes ahead of time that covered everything from labor and delivery to learning parenting skills. 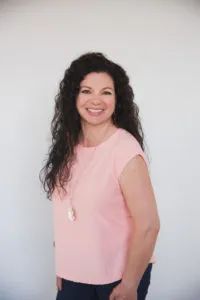 Joy Schacht always imagined herself with sons, so that aspect of her mothering story matches perfectly with her now 17 and 12 year old boys. She’s been a single mom since her youngest was 3 months old, when she put herself through nursing school. A lot has changed since then, Joy notes, “We’ve grown together as a family.”

The Challenges? Though the boys’ dad is involved, single parenthood is still a challenge, says Joy. However the greatest challenge might just be, “Remembering to do things for myself – that I am important as well.” And then there’s the not-so-small matter of working 12-hour shifts at the hospital and still coordinating and making sure the kids get to school, to practices…Then after work, making sure they’ve eaten, done their homework, get to bed. It’s gotten easier as they’ve gotten older, though, especially now that her oldest can drive – though that took some getting used to, she laughs.

Her strengths? The priority is her children and being supportive and dependable. “I always try to focus on my kids,” she says, “I try to teach them to be honest. That there are consequences for whatever actions they have. I want to teach them to be compassionate, loving, and tenderhearted. I have to be strong and supportive.” 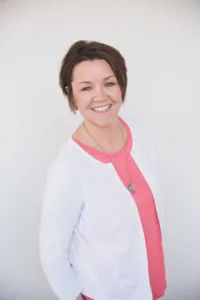 As the middle child of three, Amy Lierow always swore she’d either have two or four children. The number specifics might not match, but the even number surely does, with six kids, ages 13, 11, 9, 5, 3, 2. They might have more children than she’d imagined, but “I wouldn’t change it for anything.”

The Challenges? “Ugh,” she laughs, “I’ve got a lot of those, yeah.” Right now she identifies the biggest challenge as probably keeping the fridge and pantry stocked, “I cannot keep up with it!” Not to mention trying to cook for the varying likes and dislikes – while still making it clear that “I’m not a short order cook.” Another, Amy says, is getting everyone where they need to be with the older kids being involved in multiple sports – and keeping the littles entertained while they’re there. Finally, it’s making sure everyone gets enough of mom’s attention. With the two oldest, they’ve developed code words, so when attention is needed, they literally just say the word, and Amy knows they need to go do something one on one.

Her strengths? Being organized, yet flexible are Amy’s keys. She’s learned to go with the flow, finding the humor in situations – “Now, when we have something happen, instead of getting mad, I grab the camera.” Finally, she’s learned that “It’s okay to ask for help.” Her best piece of organizational advice? Keep it simple, and find a good online calendar that tracks everything.

Motherhood may not be easy, but perhaps it would be a little more so if we looked beyond appearances and dug deeper, or simply extended a little grace. Let’s not assume as we remember that though our mothering stories might be different, the threads that connect us all are a desire to do our best for our children, to fill their life toolboxes in such a way that they will thrive out in the world, to show them what it is to love unconditionally.