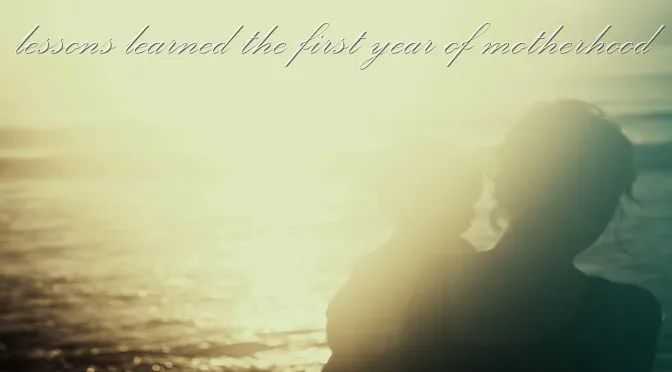 This is my first year as a mother. In the few short months that I’ve been able to claim that title, there have been so many blessings, a few tears, and one common theme that has stood out. Being a mother takes a lot of sacrifice.

Before the seasoned, road weary mothers jump in and say, “Well yeah, did you think this wouldn’t change your life?” Let me explain.

While pregnant I read the books, blogs and consulted the best moms I knew. I understood there would be sacrifices, from great to small, that would take place immediately; I didn’t expect the sacrifice of letting my waistline expand to be the final one.

The badge of motherhood may not look too appealing to others, messy hair, bags under the eyes, a suspicious stain on the front of the shirt, but if you look past all of that you see that the mother actually wears her heart on her sleeve.

It’s what I’ve learned about sacrifice as a mother that’s stuck out with me the most. Among sleepless nights, countless cold meals and a vast variety of other changes lays unconditional love. I would put aside anything - move mountains - to see my child smile, keep his health and have a full life. A child’s helplessness can be overwhelming to parents, as a mother those moments spent tending to your child are not really lost, they are memories gained.

With sacrifice after sacrifice made, a mother falls more deeply in love, at least that’s what these last few months have shown me. My first sleepless night, while our son screamed and cried in my ear, I fought past the exhaustion and found a peaceful voice that kept singing to him. Even in his fit of rage, he was the perfect picture of true love.

As I’m still making sacrifices as a new mother, it makes me think back to my own mother. I no longer have to imagine what she must have felt like when I took my first steps, said my first word, got my first boo-boo, went to school, learned to drive…..the list goes on. I’m sure she’d deny it, but I bet I broke her heart a few times because I did not understand the sacrifices she had made as my mother.

As for the new mom, the road ahead looks to be paved with sacrifices and falling in love over and over again. This badge I wear, the stained shirt and three day dry shampoo ‘do, prepares me for each new opportunity ahead to be there for my child. Until now, I never knew how unconditional love felt from the other side. Happy Mother’s Day to all the mothers who love unconditionally and sacrifice their all.