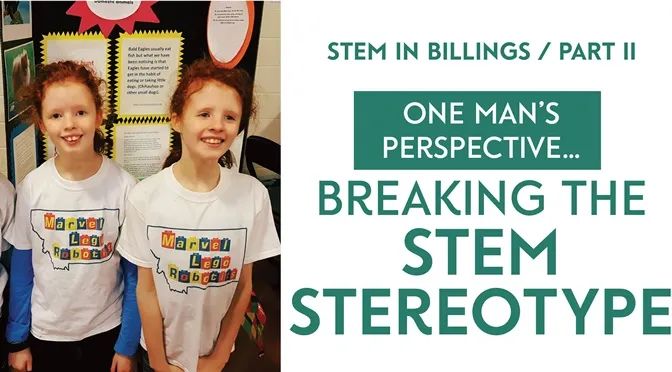 Some have freckles that brighten the room.

Some wear smiles that are missing a tooth.

Some can’t control their excitement.

Some are just curious.

None of them are boys.

And these 50 girls have one thing in common:

they are hungry for science.

These Laurel girls – ranging from ages 6 to 12 – were part of a recent Girl Scouts session that emphasized hands-on exploration of science and engineering. They gathered around four stations to build structures, use hair dryers to understand the principles of lift, and use balloons and hexnuts to figure out the concept of motion and sound.

These girls didn’t leave as scientists and engineers. In fact, some might never venture down that path. But thanks to the Girl Scout leaders, a female engineer mentor, and some volunteers, they did get the message that they definitely have what it takes to become whatever they want. Just like any boy does.

The same message was provided to girls in Roundup, Shepherd, and Columbus in a continuing effort to build up the curiosity, skills, and confidence among girls to pursue STEM careers.

So what’s going on here?

In spite of the inspiring message behind the movie “Hidden Figures” (the one about the African American women scientists who helped lead America’s effort into space) and in spite of well-meaning writers who opine about equality, girls are still not keeping pace with boys when it comes to pursuing education or careers that have an emphasis in math or science.

For too long, girls have had to run headlong into stereotypes that they can’t keep up with the guys when it comes to that stuff or that it is more difficult for them.

So entities like the Girl Scouts – with support of science-based companies and educators – are rolling up their sleeves and doing something about it. With local inspiration, and plenty of perspiration they are bringing relevant, real-life examples to girls so they know what they learn in school can be taken to whatever level they want.

For many companies and fellow science nerds, there is a sense of urgency. According to a 2016 study by the National Science Foundation, 29 percent of women in the workforce are in STEM careers. Of that percentage, 15 percent are engineers and 25 percent are computer scientists or mathematicians. So fewer females – who may be outstanding at solving problems – are not choosing to be professional problem-solvers.

The report also indicates that while women earn 57 percent of bachelor’s degrees at institutions of higher education, they earn only 43 percent of mathematics degrees, 20 percent of engineering degrees and 17 percent of computer science degrees, according to the report by the National Science Foundation.

And if that wasn’t enough, consider these stats from the Bureau of Labor:

I’m not naïve enough to believe that all girls will head down the path of a science-based career. But all the data points to a need to do what we can to elevate awareness of science- and technology-based careers for all our kids.

So what’s a parent to do… especially those of us who are men?

We can start by building bridges instead of ditches. Why do we separate boys and girls at such early ages when it comes to activities? Why do we call a girl who loves to explore the outdoors and get dirty a “tomboy?” Why is it that we assume boys should be the leaders on group projects? Why did it take so long to understand that some girls might enjoy woodshop and welding as much as the boys and hated “home ec” twice as much? Those are stereotypes that STEM outreach can break.

Fathers, grandfathers, uncles, brothers, and nephews should do what they can to encourage their daughters, granddaughters, aunts, sisters, and nieces to bring their intuition and perspectives to areas that are underrepresented by their gender. And, frankly, parents need to start being as enthusiastic about technical, career, and science education choices as we are about sports opportunities. 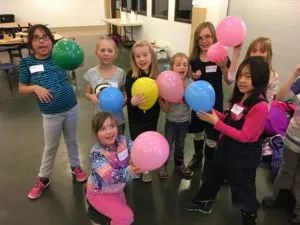 A while back, after I made a pitch for involvement in a kid-based science program, a well-respected leader in our community – someone associated with a local college and seemed a bit skeptical – asked me point-blank: “So why do you do this?”

After I talked about elevating the overall achievement of our kids and preparing them for the workforce of tomorrow, I later thought that a better answer was much simpler: