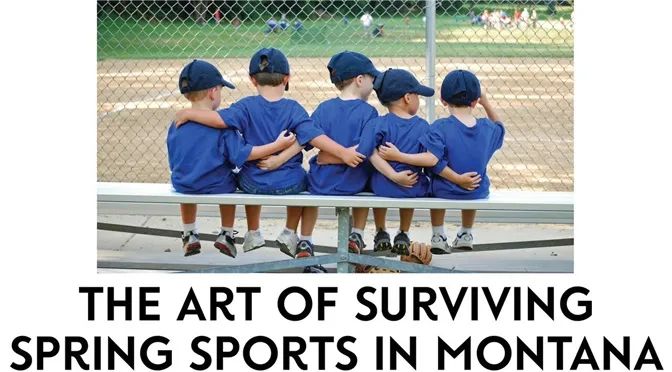 The art of surviving spring sports in Montana

Fact: Spring begins on March 20. Truth: Montana weather is not known to abide by silly things like seasons. Reality: Adaptability is key for participants and spectators of “spring” sports in Montana. Seriously.

As kids begin to fill diamonds and race around tracks all over the everywhere, a few things come to mind: sunflower seeds, the smell of freshly cut grass, bleacher butt, sunscreen, and racing from one field to another (a clone, though often wished for, doesn’t mesh with reality, so divide and conquer tends to be the battle cry). For us here in Big Sky Country, though, we tend to bring a little something extra to the season…Sometimes literally.

Yes, adaptability is the name of the game if you’re going to survive spring sports in Montana. It’s not for the faint of heart, but it sure does make for some memorable moments.