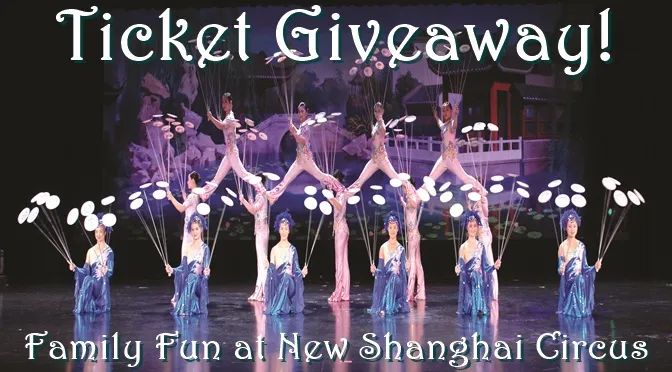 With Christmas less than two weeks away, the pressure is on to finish up and cross the remaining few (hopefully!) off our gift shopping lists. You absolutely could snag your own tickets for the New Shanghai Circus as a gift the whole family will enjoy, or you could, first, try your luck with our giveaway!

This unique giveaway, courtesy of the Alberta Bair Theater is adaptable to your family. What that means: With up to six tickets available, this giveaway, unlike others before it, can adjust to your family’s size! Three people in your family? Then three tickets will be waiting for you to pick up. Five people in your family? Six? Two? That number of tickets will be ready and waiting. Bottom line: One family will win, you’ll simply tell us (up to six tickets) how many tickets your family will need to attend the show!

The New Shanghai Circus is coming to Alberta Bair Theater’s stage on Sunday, January 8, 2016 at 3pm.

"In acts that often trace their origins to the harvest festivals of more than 2,000 years ago, this youthful, handsome and graceful company spends a swift two hours in a range of demanding performances, most of them typifying Chinese circus and constituting a refreshing alternative to the Western tradition. Under direction of Zhao Lizhi, the artistry, individually and collectively, attains levels that make it seem almost unfair to single out any act."

Founded in 1951 as the Shanghai Acrobatic Theatre, The New Shanghai Circus has won more Gold, Silver and Bronze Medals in domestic and international circus competitions to date than any other Chinese acrobatic company. Breathtaking and polished to perfection, the singular skills performed by The New Shanghai Circus have their roots in everyday lives of the village peasants, farmers and craftsman of the Han Dynasty.

Join us, won’t you? On Facebook and Instagram, this Wednesday and Thursday, December 15 and 16 to get entered to win tickets to this fabulous, exciting afternoon of family fun at the New Shanghai Circus!