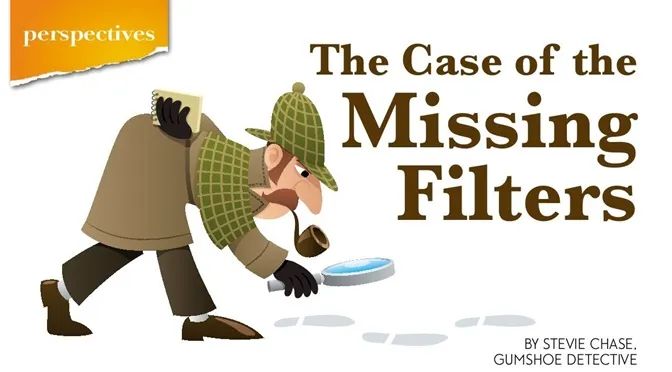 The case of the missing filters

It happened gradually over time, so people were less likely to notice. The thief was clever, I tell you. With keyboards in front of us and screens between us, it seemed as if people were given superpowers, and perhaps in the beginning they were used for good instead of evil, but then it happened. Filters everywhere began to vanish.

Compassion flew out the window. Opinions could no longer be contained. If someone disagreed with said opinion, well, clearly they must be an idiot (and that, sadly, is putting it nicely). A few remained, clinging to their filters, shouting from the comments sections:

My mama always told me, “If you don’t have anything nice to say, don’t say anything at all!” For the love, people!

And so we knew we had to take the case. Someone had absconded with all kinds of everybody’s filters, something had to be done.

First, we wondered if maybe it was just a symptom of an election year, but then we realized that no, filters had been missing for some time now. It didn’t matter the story: tragic accidents, a person’s personal triumph, hot topics of the day…It did not matter. Filters were replaced with all of the thoughts that normally would never see the light of day. Feelings might be hurt? Family members might see the hate-filled comments? No matter, they said, TRUTH was being spoken!

Yes, we are. All of that. And still the filters go missing. How do we break through the screen and disagree, with grace? How do we come out from behind the mighty strength of the keyboard and thread kindness through whatever “truth” we’re speaking?

Where have all the filters gone? We’re not sure, but we’re on the case.

Pulled from the pages of SFM's November 2016 issue, check out the digital edition here!