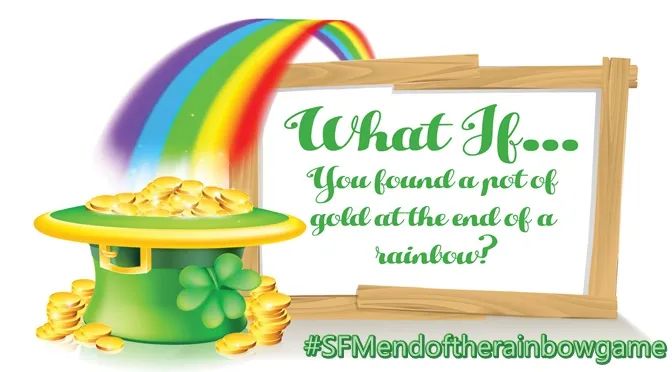 What if…You found a pot of gold at the end of a rainbow?

Two little words that open the doors to endless possibilities. What if you could climb to the top of a rainbow? What if once you made it to the top of that rainbow you could experience the most glorious slide down the most colorful chute and at the end…A pot of gold? That elusive, most dreamed upon pot of gold just itching to be discovered at the end of the rainbow.

May you and your families let your imaginations run wild as you hop on board the “what if” train and play the #SFMendoftherainbowgame throughout March!