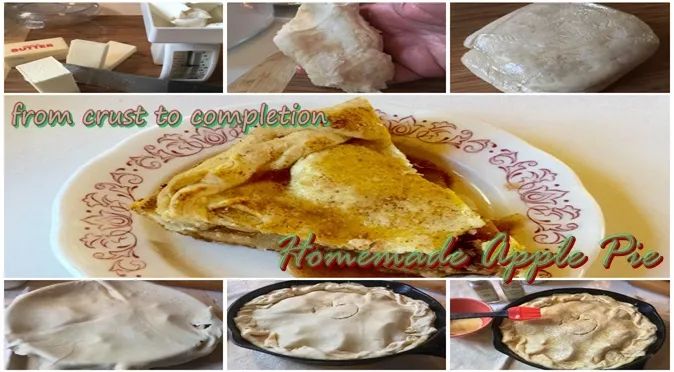 As you read in Simply Family Magazine’s December 2015 issue, many people shy away from baking pies as they are falsely thought to be difficult and temperamental. I hope I was able to put that misleading idea to rest and ease you into the temptation of making a pie yourself.

Cream Cheese Pie Crust is my favorite because it just always turns out good! Some pie crust recipes are temperamental and it takes bakers many efforts to finally get them right. This CCPC recipe is user-friendly, and easy to work with.

Related: Easy as Pie: How to Make the Perfect Pie Crust

It is also adaptable to virtually any type of pie you want to bake. I like to use it for my quiche recipes as well, though I do omit the sugar from the crust recipe.

Even though the crust has a little apple-cider vinegar in it, the flavor is never noticeable.

Just follow the baking instructions for each pie recipe as the crust adapts to the filling. Some pie recipes will have you bake your crust to seal it, before adding the filling, such as most cream pies. Again, this Cream Cheese Pie Crust recipe is quite adaptable for these pies as well.

There are many finishing touches you can add to your pies, to customize them to your design taste; fluted edges, straight fork-tong edging, folded over rolls (like I used in my cast iron skillet Apple Pie) and so forth. And being able to create your own little crust insignia on the top dough is a great place to use your imagination! Did you like the rustic apple design I used on mine?

Pies like Pumpkin or Pecan usually don’t have a top crust. The edge of the bottom crust is finished off, the filling added, and it’s popped into the oven to bake. If you do use a top crust for your pie, it is imperative that you cut some sort of vent holes, as your pie filling will always be bubbling hot and need a place to expand.

I love to bake pies because they are a great dessert for one meal, not usually as sweet as a cake, store easier, and are more unusual and appreciated more.

I hope you’ll give pie baking a try if you have not made one before, so you’ll discover for yourself where the expression “easy as pie” comes from!

About the author…Carole Davenport is a Montana native, writer, cook, and owner of Bitterroot Fresh Food Styling Photography. She and her daughters are currently compiling a Fresh is Best cookbook using their original recipes.