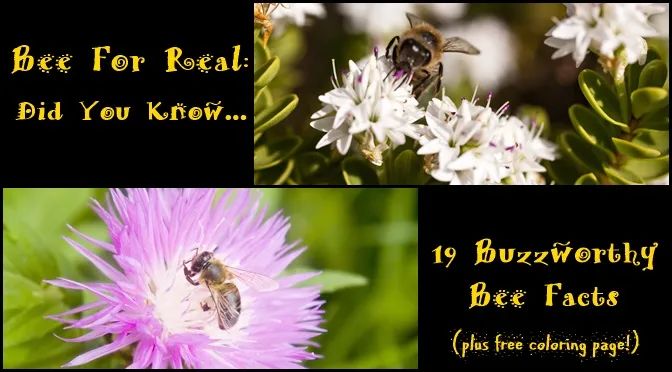 In the July 2015 issue of Simply Family Magazine the pages were all a-buzz with the honeybee 4-1-1. From beekeepers to telling the difference between bees and wasps and providing tips for helping children overcome their fear of stinging insects, Simply TJ really got the honey flowing. Now she's back with more buzzworthy bee facts and as an added bonus, we've got an adorable (free) bee coloring page printable - just for you!

Check back later in the month for more buzzworthy bee facts and color sheets!