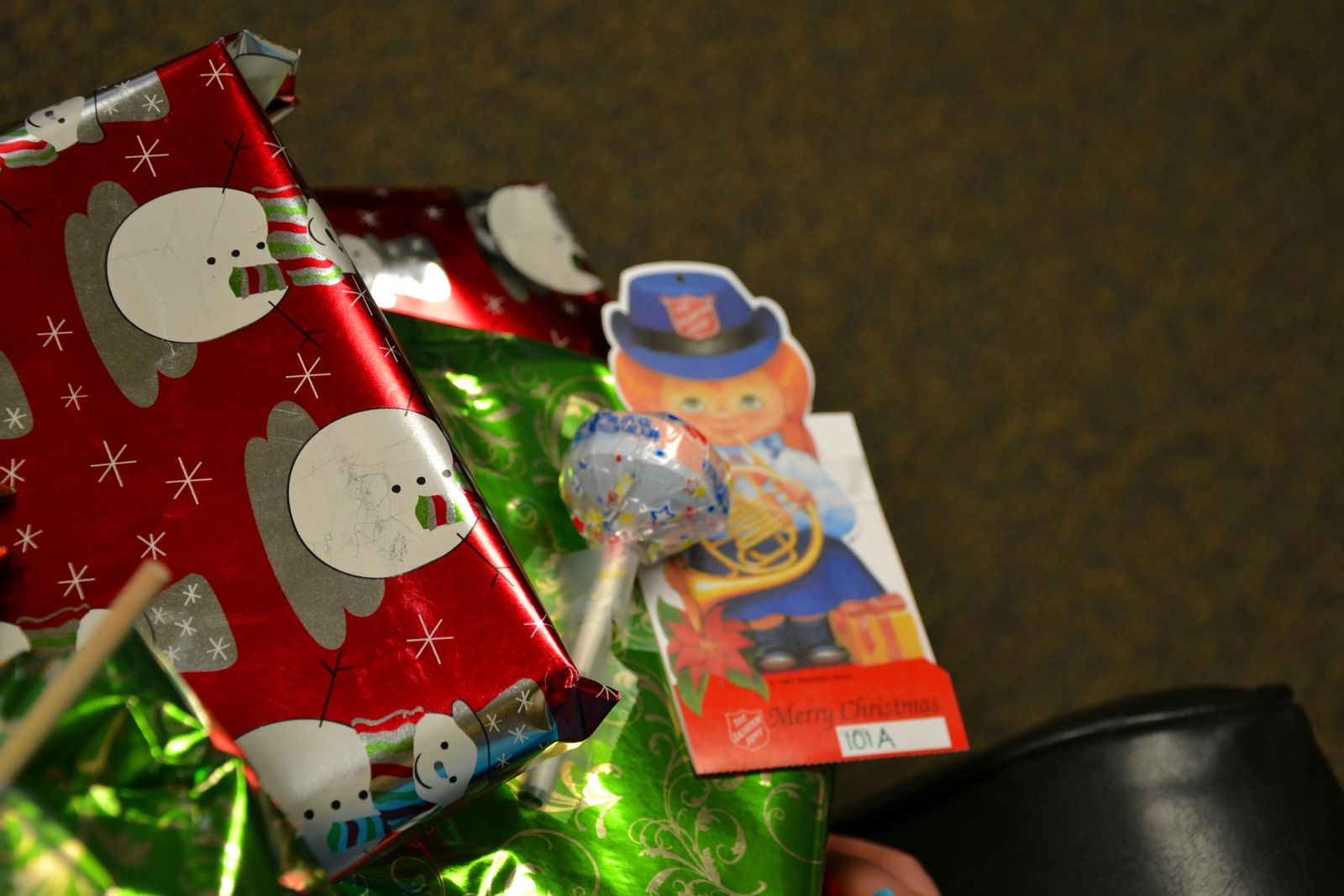 Kids with an Attitude of Gratitude: Sienna

As the holiday season rolls around, in the midst of growing Christmas lists, families seek to find ways to instill an “attitude of gratitude” in their children. Living in a culture where it’s all about wanting and having more, it can be a challenge for kids to truly grasp the concept of, “It’s a far better thing to give than receive.” Yet Simply Family Magazine had the opportunity to meet and visit with a local 2nd grader and her family as they fulfilled 8 year old Sienna’s holiday wish that echoed that very sentiment.

Sienna came home from school a few months ago with a goal in mind, she wanted to “help out Billings.” With that broad statement, it took some time for Sienna’s family to get to the heart of what that meant to Sienna and how they might help her do that. She ultimately decided that she wanted to help those less fortunate during the holidays. Given several options to consider, Sienna landed on the Angel Tree program through the Salvation Army.

First SFM asked Sienna, what was it that made her want to help? As she explained, it was clear that this was a seed planted some time ago…

Next we asked Sienna, “Why Angel Tree?” After learning what Angel Tree was all about – that it “helps kids with lots of stuff,” she thought it over and decided “That’s what I wanted to do; I wanted to help Angel Tree and the kids who didn’t have any things for Christmas.” Sienna’s giving spirit turned out to be contagious as her older sister, 10 year old Sydney, decided, “Well, if she’s gonna do it; I’m gonna do it too!” Big sister was clearly proud, as she noted that it all started with Sienna, “She’s the one who brought up the idea, she’s the one that wanted to help people.” We can only assume that it didn’t stop at Sienna’s own family, as she shared what she was doing with her teacher and classmates.

The next step was Sienna filling out and sending in the application, which led to Salvation Army mailing the family three angel tags. Using their own money, the girls shopped for a 13 year old, 10 year old, and 8 year old. After the shopping trip it was time to head home and do the wrapping, which Sienna did all on her own. From there, the family loaded up the car and met this writer at Salvation Army in Billings to drop off the gifts and go on a tour of the facility.

It was a learning experience for all of us.

About Salvation Army & the Angel Trees…

Our tour was provided by Major Pam, who explained that 600 kids’ wishlists fill

Angel Trees placed in a variety of stores and organizations throughout the community.  Though the cutoff to apply to be put on an Angel Tree is mid-December, Major Pam says they won’t turn people away. They also do Dress-a-Child three weekends in December (applications are accepted via schools or at the office).

Another program offered via the Billings Salvation Army that folks can get involved with year-round is their food truck program that serves dinner to 400-500 people every night. The food is prepared in Salvation Army’s kitchen, then it’s taken out into the community where people can pick up a hot meal at specified locations. This is done via a $500,000 grant that pays for the cooks, food, etc. explains Major Pam. If your family is looking for ways to give back throughout the year, they accept volunteers on the food trucks to hand out meals. Children can even volunteer, permitting a parent is with them.

You hear the jingles, you see the kettles, and you can easily support the Salvation Army’s mission this holiday season by dropping in your spare change (or bills) whenever you see those red kettles. You can even take it online and “ring a virtual bell” by starting an online red kettle. Help spread the word and share your support on Twitter with #RedKettleReason.

The number of services that Salvation Army quietly provides to those who need it most in our community, is incredible. Discover how you can support those missions – or receive support by reaching out to our local office.

P.S. The Salvation Army appreciates volunteers anytime, but they love to have volunteers the week before Christmas (Dec. 17-19) to help hand out gifts.