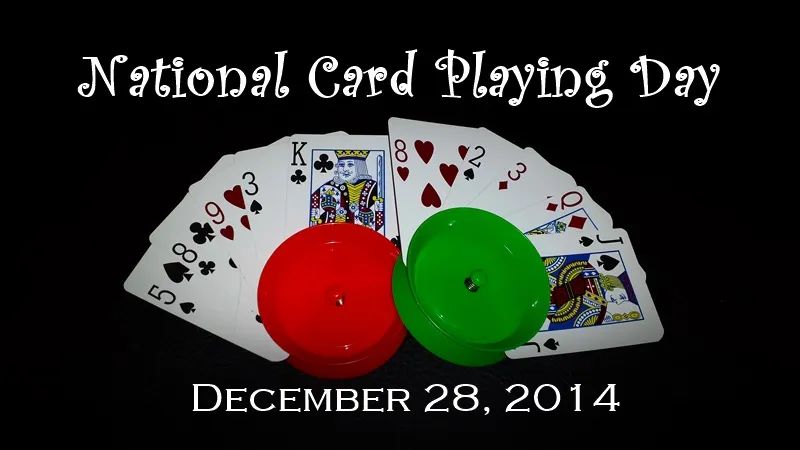 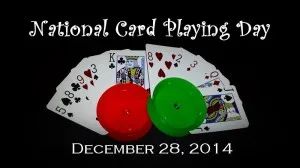 It is time to find a deck of cards because December 28, 2014 is National Card Playing Day.  The holiday season is the perfect time to play games as a family.  Adults have time off from work, family members are visiting, and kids are stuck indoors due to the cold weather.

Playing cards with your kids, regardless of age, can be both fun and educational.  Becki Risser, 1st Grade Teacher at Arrowhead Elementary School in Billings, explains, “I think it is important for young students to learn through play. By incorporating card games, such as 10 Go Fish, the students are interacting with other learners and are using play to maintain a high level of engagement while increasing math fact fluency.”

Feeling a little rusty about the rules to card games?  Here are 3 fun games to jog your memory and to help start a fun family game night tradition.

10 Go Fish is an educational twist on a traditional game.  Kids enjoy this game so much that they don’t realize they are learning!  This game is played just like traditional "Go Fish" but instead of asking for a card to match your card, you have to ask for a card that would add with one of your cards to make a sum of 10.

Old Maid is a traditional card game that can be played with a traditional deck of cards or a specialized deck and is fun for all ages.

Spoons is always a favorite.  What starts off as a quirky card game quickly becomes a test of sneaky skills and ends in erupting laughter!

Addition Quick Draw is a fun game that will sharpen math skills in no time.  The object of the game is to add numbers quickly together.  The game is easily varied by using multiplication instead of addition.

Guess My Number is a wonderful game that will engage a large crowd of kids.  Along with having fun, children learn all about math and numbers.