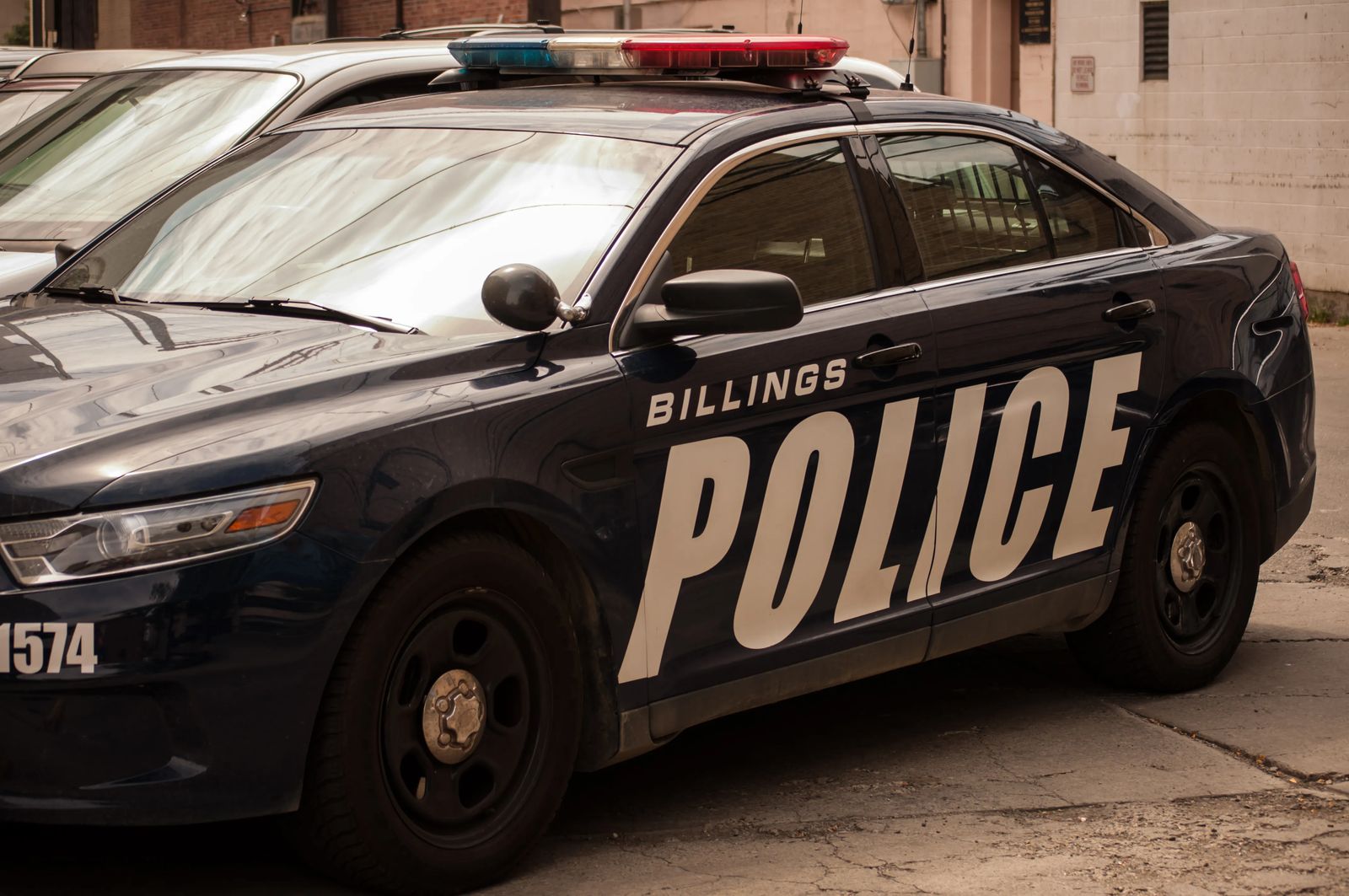 The Ride Along: Up Close with the Billings PD 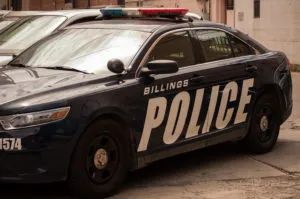 On the evening of July 24th, I handed my driver’s license to a receptionist at Billings Police Department’s downtown station, filled out a release form, walked out the doors and got into a patrol car with Officer Cory Kambak.  Our night started out with the obligatory conversation—job requirements, training, and what prompted him into law enforcement.  It was then that the seriousness of his job began to take shape.   A DUI that was called in, involving a vehicle hitting a light pole and the person running from the scene and into a house nearby, this call ended up taking four police officers to handle. This call involved two suspects, one of which was biting at, spitting, kicking and using every ounce of his strength to get away from the officers who were trying to handcuff him.  When I learned that only nine officers were on shift at this time, and four of them were called out to this DUI incident, I was slightly confused, what happens when something serious goes on in another part of town?

While driving to the Yellowstone County Detention Facility, I asked Officer Kambak, “What does a typical DUI call look like, because this wasn’t typical?” He told me, “In a perfect scenario, at least two hours, and it takes two officers for each DUI, every time.  If there isn’t a nurse that’s at the jail, we have to go to the hospital and wait for a blood test.  That can tie up 4-5 hours of a shift just doing one DUI, which leaves us short on the street.”  I continued asking questions, “When do you call for back-up?” His response was direct, “Tonight was a great example, this should have been a pretty cut and dry DUI—two officers, but when the suspect runs and then involves someone else, who also turns out to be drunk and violent, things can go south quickly.  You watched how hard it can be to restrain someone who is intoxicated and doesn’t want to go to jail. “You’ll get to see a DUI process tonight, and the jail. Ever been to jail?”  Just then the passenger in handcuffs piped up from the backseat with a string of expletives that would make a sailor blush.

This call was just the beginning….

When Officer Cory Kambak and I started our ride along, I knew that I was in for an informative, interesting and relaxed evening.  When I approached him about a ride along and a magazine article, if he was less than excited to drag me around Billings, to watch him work, while I asked a million questions, and tried to figure out how a city the size of Billings, only functions with a minimal police force to protect the community I am raising my boys in, he hid it well—it was a great night for me and I hope not too painful for him!

He (and by default me) were assigned the downtown “beat” which constitutes the following square: 1st Ave South; 27th St; The Rims at Rimrock Rd. and 5th St West. This is a decent sized chunk of town to patrol on a hot summer night when the bars are hopping and people are busy drinking in downtown Billings.  We were called to a couple of alarm disturbances at area businesses, and one of a person trying to get into someone’s “window, or door, or house, or something” the witness wasn’t quite clear or sober…

The next call that was dispatched to us could have been tragic—a hit and run involving a man on a bicycle who was crossing Montana Ave (with the right-of-way) and a car who ran a red light, hit the bicyclist and sped off into the night. Thankfully, three or four people stopped and helped the man while we were on our way to the scene, and when we got there the man was only bumped and bruised.  The bicyclist was more embarrassed that people were fussing over him, than angry that he was hit by a vehicle that had fled the scene.

Later that evening, after a strong dose of coffee and bathroom break, this mighty thing some like to call karma came to visit in a very mighty way.  Officer Kambak and I were patrolling his beat, and we could hear motorcycles racing.  He sped up a bit and saw two street bikes in a race up Broadwater going much faster than they should have been…Well, friends, for all those times there hasn’t been a cop around when someone on a motorcycle has flown by you, scared the living snot out of you and made your knees turn into wobbly goo….Take heart, there was a cop around that night. I got to be part of it, and let me tell you, it was SPECTACULAR.

If you have a chance to go for a ride with a police officer, do it.  Take a moment and throw yourself into their world. I promise, it will change the way that you see Billings and the things that are happening within its limits.  When I was standing next to Cory on a call and we were going through some of the details of the ride-along, he told me, “If I tell you to run, you run as fast as you can away from me.”  In a very small way I understand what our  police officers must think during certain points of their  jobs, “There is a very real chance that tonight have been the last time I kissed my kids before bed, Gosh I hope they know that I love them.  I hope it was enough.”