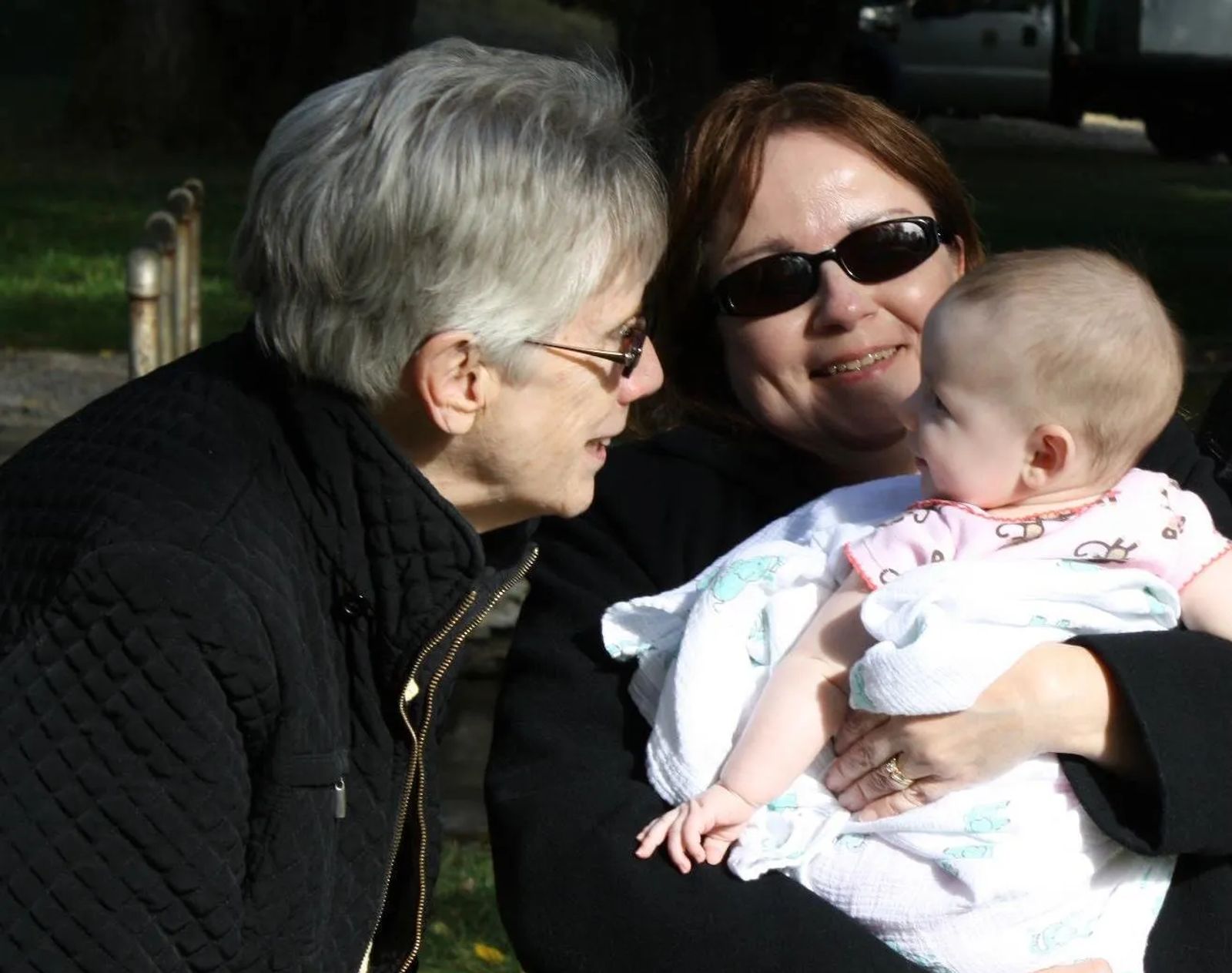 Grandparents Day 2014: Do More Than Send a Card

Grandparents Day is September 7. Do more than send a card. by Arianne Rapkoch-Snyder

When I was growing up, my grandparents lived in small towns only a few hours’ drive away from Billings. We would pack up the car several times a year and spend a weekend at their houses. Sometimes our parents would even drop us off for a whole week in the summer. My favorite memories of those days include holiday craft projects, walks to the park, Chinese takeout, raspberry picking, trips to the lake, and of course, earning those shiny quarters for doing small chores around the house. The quarters quickly disappeared with a trip to the local candy store or dollar mart.

Now that I’m grown and my daughter is old enough to appreciate her grandparents, it’s fun to watch the cycle continue and know that she will cherish those same memories. It seems that every time she visits nana and papa or grandma and grandpa she comes back knowing a little something new. After returning home from one of her last trips, she couldn’t stop talking about making spaghetti with nana. It had never dawned on me that a three year old could actually help cook! The next time I made dinner, I welcomed my daughter into thekitchen, like nana had, to help me mix the batter and stir the sauce.

Sunday, September 7, 2014 is National Grandparents Day. Every year the first Sunday after Labor Day is a time to reflect on the impact grandparents have on our lives and the lives of our children. Grandparents Day is not as much the marketing money-maker as say Valentine’s or Mother’s Day. It’s much more modest and can be celebrated with simplicity.

According to the National Grandparents Council, Marian’s idea was never to sell greeting cards.  She wanted families to spend time with their elderly members and wanted to encourage children to appreciate their heritage. There are fun printable activities on the Council’s website at www.grandparents-day.com if you are looking for ways to help your children bond with their grandparents. They include a family tree chart, interview questionnaire, art project and history project.

If you prefer not to organize a structured project for the grandkids, simply schedule some time. Especially if there are elderly, widowed or sick grandparents in your life, just a hand to hold and ears to listen will brighten their day. A hug from a grandchild is excellent medicine. A game of cards and good conversation will pass the time. If you live far away, there is always Skype or Facetime as a fun alternative. Grandparents are getting surprisingly savvy at that sort of technology.

I encourage you this Grandparents Day not to send a card. Instead, spend some quality time making memories.

Arianne Rapkoch-Snyder has been a journalist and communications professional for nearly a decade. She grew up in Montana and enjoys writing about families and the community that she loves. She is a wife and mother to a beautiful, rambunctious little girl.