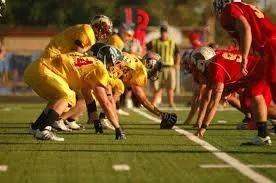 For 68 years and counting the best high school football players in Montana have been brought together to showcase their talents and support an incredible cause by playing in the Montana East/West All-Star Shrine Football Game. This year the game takes place on Saturday, July 19, 2014 at 7pm in Laurel, MT. It’s more than just a game, though, it’s a fundraiser and it’s more than a single event, as activities are taking place Friday and all day Saturday raising funds for the Spokane Shriner Hospital for Children.

In November Montana High School football coaches from across the state nominate student athletes to be selected to play the game. In December an East Group and a West Group that consist of two Shriners (a Team Coordinator and a Player Selection Coordinator) and 4-5 coaches from each region come together to create the final teams. The rosters include 41 players and 20 alternates for each team.

On Christmas Day the selected athletes are announced in the newspaper. And in the spring each region hosts Regional Banquets to honor the players, coaches, and families, shares Kristin Monasmith, Director of Public Relations, Shriner Hospitals for Children-Spokane.

Bring out the whole family and help continue the tradition of impressively supporting the Shriner Hospitals for Children-Spokane with the East/West All-Star Shrine Football Game on Saturday, July 19, 2014. Let's get ready to rumble!