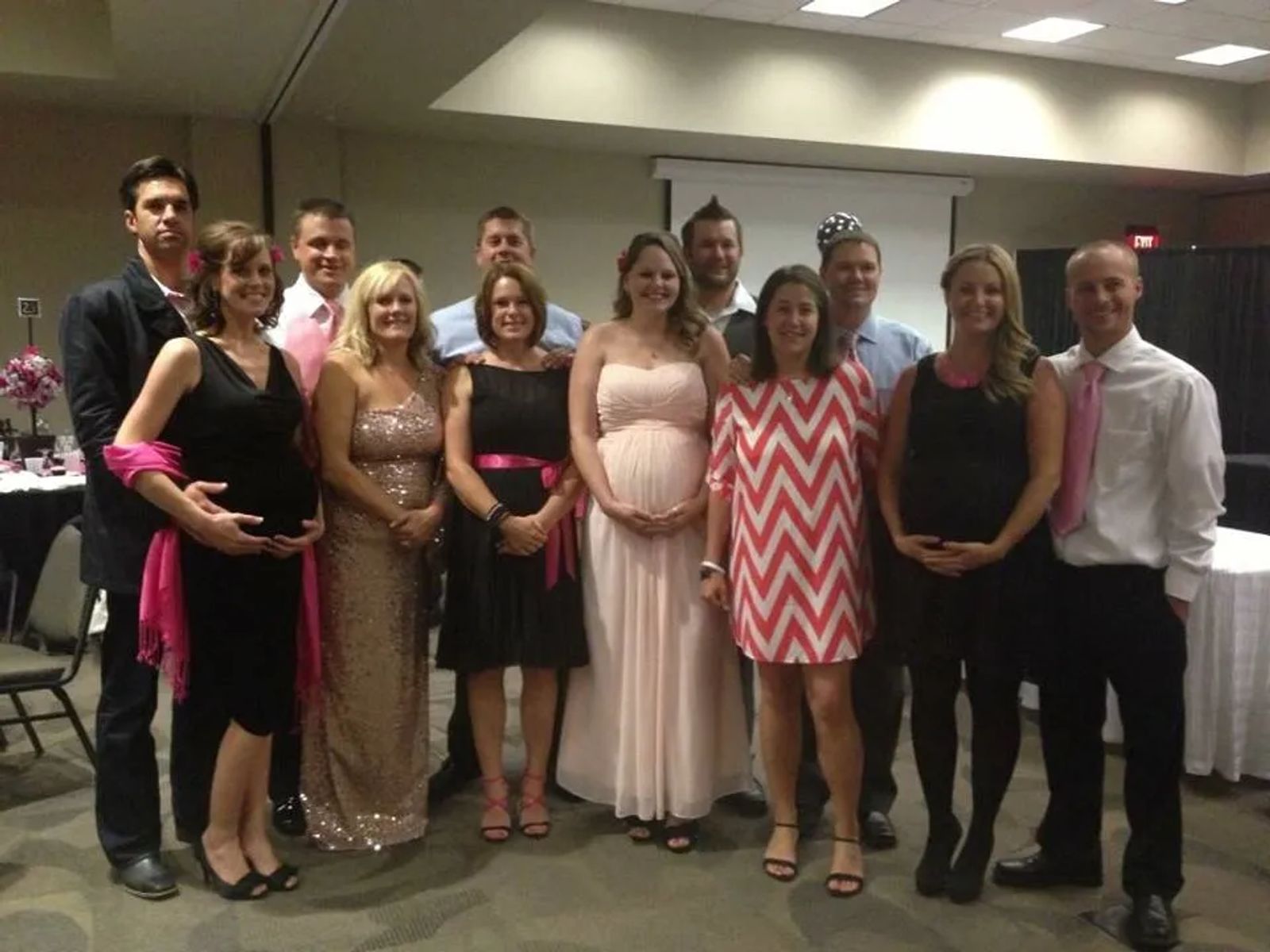 Have I ever mentioned that I'm not a big fan of the color pink?

I've decided that has to change.  After attending a benefit dinner and dance called The Pink Tie Affair last week, I have a whole new love for the color.

The Pink Tie Affair is an annual fundraiser for a local charity called The Ramsey Keller Memorial, which pays for funerals for babies under the age of one in Montana.  The founders, Jeff and Kori Keller, have their own heart-wrenching story to tell.  Their daughter, Ramsey, went to heaven too soon at just 2 days old in November of 2011.  The Kellers wanted to honor their daughter's life and started this charity as a way to help families in similar tragic circumstances.

As sad as it is to think about, funerals are expensive.  Babies don't have life insurance.  The cost of a funeral service and burial can be an impossible burden to a couple already faced with a devastating loss.

The Pink Tie Affair started out with a lot of mingling, some perusal of the fantastic silent auction items, and ended with a fun night of dancing.  Right in the middle of the event, though, was a reminder of why we were there.  And that's the part of the night that has stayed with me, and makes me want to share this cause with you.

Several amazing families who received financial help from The Ramsey Keller Memorial spoke on video about their experiences.  Every word they spoke was powerful and gripping.

I cried, several times, but two things really had a strong impact on me.  First, one of the fathers said that grief doesn't have anything to do with the length of the life.  I call myself a writer, but nothing I could say would be more poignant than that.  And two of the couples mentioned that without the help from The Ramsey Keller Memorial, they would have had no option but to have the most minimal service and cremation for their child.  As I watched, I cried for their loss, but I was so glad to know that they were able to celebrate their child's life the way they wished.

The Ramsey Keller Memorial currently hold two large fundraisers each year, Run for Heaven's Sake, a fun run fundraiser held in May; and The Pink Tie Affair, held in September.  These two events fund the majority of their services.  They also accept donations of any size throughout the year.  They have provided over $28,000.00 to families in need since January 2013.

One completely amazing thing about this charity is that they currently have zero administrative expenses.  Yes, you read that correctly.  Every single penny donated to them goes directly to families in need of their services.  What that means, since they're not paying to promote the foundation, is that they need those of us who believe in them to spread the word.