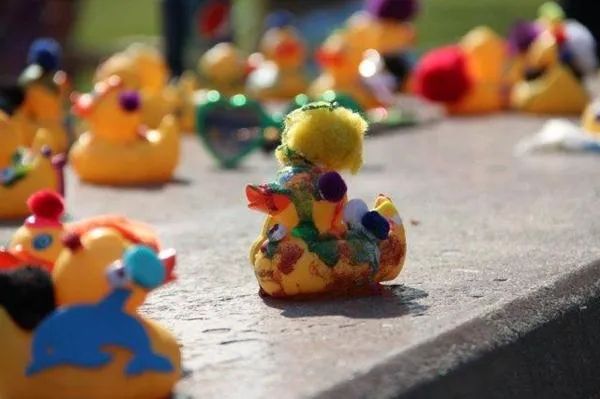 Celebrate Grandparent's Day at the 2013 Rubber Duck Regatta on Sept. 8

The first Sunday after Labor Day is not only National Grandparent's Day,  check out: www.grandparents-day.com but it’s also, befittingly, the date of the annual Rubber Duck Regatta, benefitting the Prevention of Elder Abuse Program. This year’s Rubber Duck Regatta (and Grandparent’s Day) falls on Sept. 8, 2013. So when they say bring out the whole family to enjoy the day, they literally mean, bring the whole family – from youngest to oldest.

The Rubber Duck Regatta is held at Riverfront Park in Billings from 12p.m.-4p.m. on Sept. 8. Be sure to get there early - Cabella's will be giving away free fishing poles to the first 170 families!

The Rubber Duck Regatta is much more than racing rubber ducks, though. It’s kid’s carnival games and activities, it’s entertainment, a silent auction, a barbecue with Vietnam Veterans behind the grill…It’s an afternoon jam-packed with intergenerational awesomeness. Some of the games the kiddos can expect to play are:

There are no admissions fees and carnival tickets are a minimal $0.50 each, with most of the games running 1-2 tickets. The Shriner’s clowns and trains will also be out, lending their brand of fun to the day.

Ah, but what about the Regatta?

There will be four races, which includes the grand prize race for which there is a $500 grand prize at stake. You can adopt your ducks prior to Sunday or upon arriving at the event. Snag a “quack pack” at your local Credit Union - $5 for one duck or $25 for a flock of six ducks or by calling 259-3111. You’ll get to keep your character duck (receive one for every $5) while your racing duck will, well, race. See the schedule below.

The Boy Scouts will be on hand, taking on the task of paddling the ducks to shore.

So mark those calendars, gather up the whole family and come out to Riverfront Park for a day of food, fun, and fabulousness all in support of an excellent cause with the 17th Annual Rubber Duck Regatta.