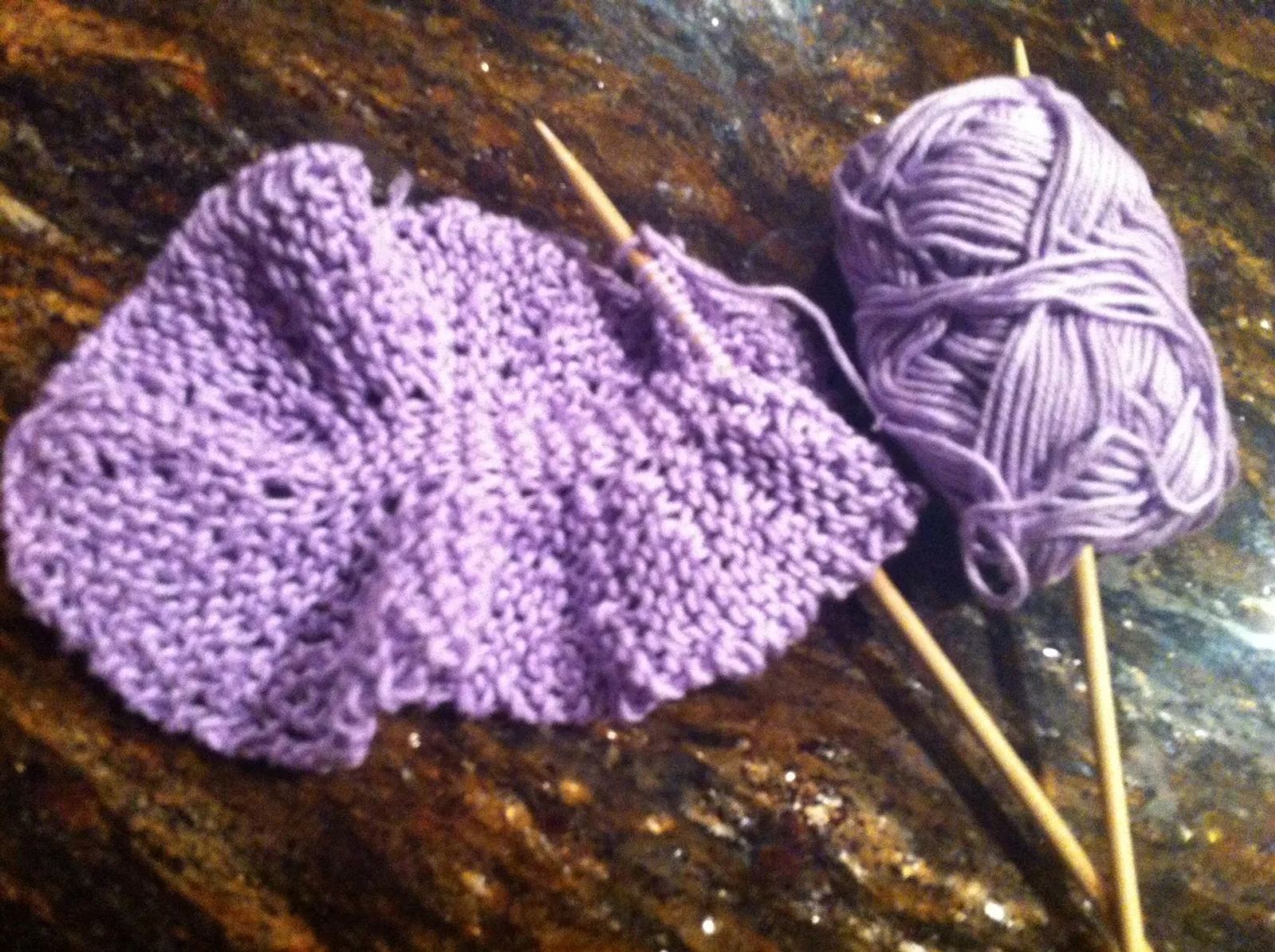 Tales of a Knitting Novice

Always on the hunt for ways to improve my domestic prowess, I decided that 2013 would be the year I learned to knit. My mother, bless her heart, failed to teach me how to sew on a button. Embarrassingly, items needing this sort of attention are routinely taken to the neighborhood dry cleaners. But despite this obvious shortcoming, for some reason I just knew I was going to be a knitting natural.

So I signed up for a class: a three-week course entitled “Beginning Knitting,” offered by Wild Purls Yarns on Grand Avenue. I purchased my supplies, and skipped home ready to take the knitting world by storm. There were approximately eight of us in the class, which was taught by Becky Price, a wonderfully patient woman with 30 years knitting experience. That first Saturday afternoon we learned the long tail cast on, and how to knit and purl. Our homework for the week was to practice our new skills over and over until we felt comfortable. Feeling pretty pleased with myself I plopped down in front of my television that evening to watch Under the Tuscan Sun, my knitting in hand. My husband was going to be so impressed with me…

I assumed that after my first lesson I would be able to knit something like this. For my sweet little baby Savannah, of course.

Instead, I made this.

It’s fair to say I was the worst in the class. I was convinced that the dish towel we started in that second lesson (our class project) was going to be the death of me. In all seriousness the ladies sitting on either side of me for the duration probably deserved a badge of honor. But our fearless leader Becky was not going to leave anyone behind—not even poor, pitiful me. We pressed onward, and (eventually) learned how to pick up a dropped stitch and to bind off a project. Well, I at least learned how to pick up a dropped stitch.

Everyone (but me) brought a practically completed dish towel to our third and final class meeting. True to form, a perfectionist through and through, I had ripped mine out and started over countless times the week before. I walked in with a tangled ball of yarn, determined to finally figure this knitting thing out, once and for all. Becky was ready for us with three new scarf patterns to attempt; miracle of miracles I was actually able to follow along. And to make some progress! Hallelujah! (Cue the gospel chorus.) Becky told me I had really turned a corner—she even suggested I sign up for the next class, “The Perfectly Easy Beanie”. I told her maybe I should repeat “Beginning Knitting”.

I wish I could say I was a huge success at knitting, but that would be a lie. I wish I could say that I was well on my way to creating a beautiful baby sweater, but I can’t. In the name of total and utter transparency I will admit I took this class in January, and have waited this long to blog about it because I wanted to have something to show for myself. I do (now) enjoy knitting, and I sincerely hope to finish my “Potato Chip Scarf” before I turn 85, preferably before next winter. Who knows? I may even sign up for another class…watch out world, this knitting novice is coming to a yarn shop near you!

Interested in reading more? Check out these blogs by some seriously awesome knitters: