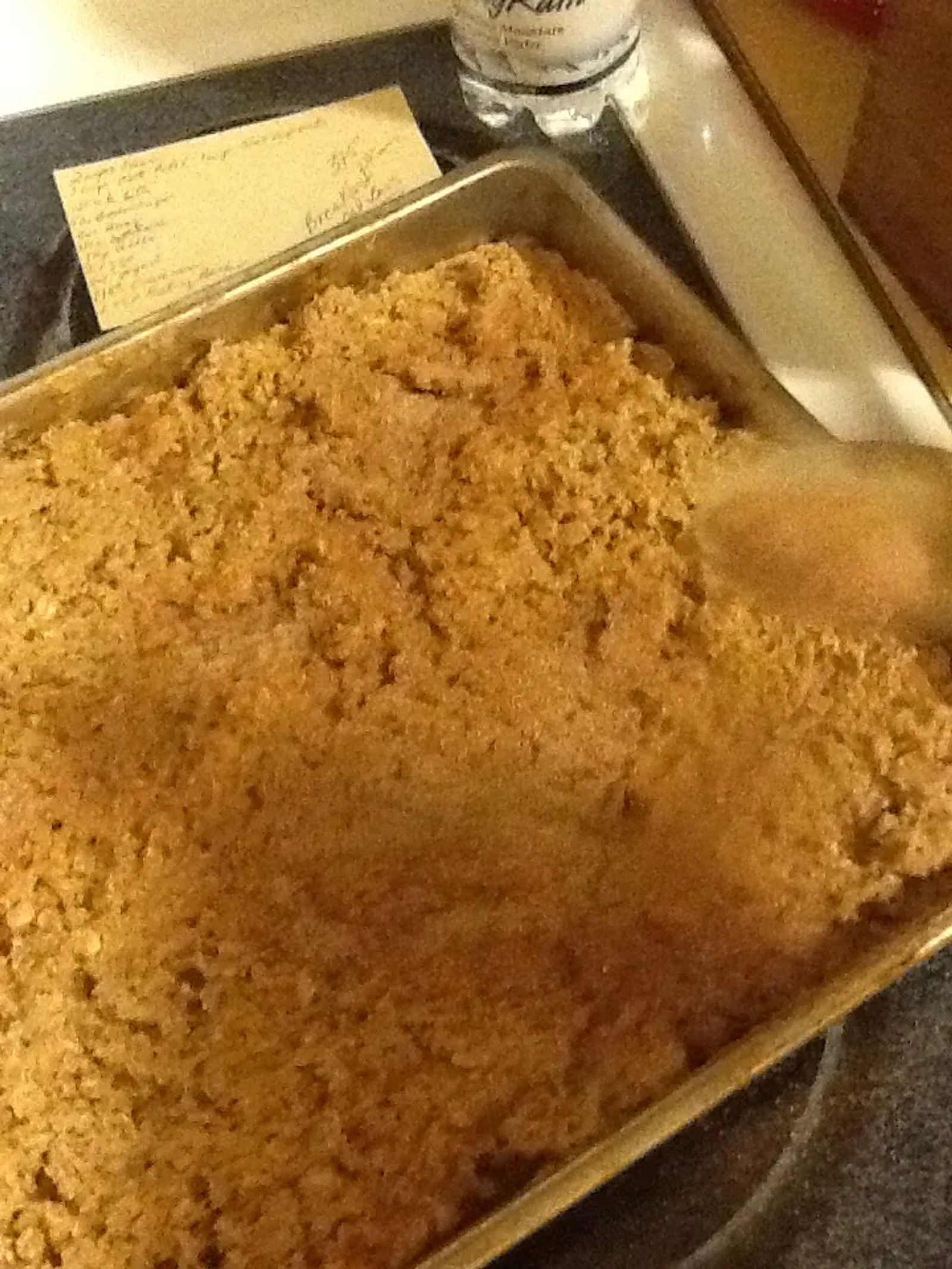 Have ever wanted to create magic in the oven? The kind of magic that has kids

begging, moms baking, and then one thing leads to another, and your super hero cape is billowing in the wind. I had that moment and it was amazing, so amazing in fact I am going to share with you how you can create oven magic, too!

This is the story of the Super Sammies.

Way back when, I was over at Target in their healthier kid food section and I

found these amazing little baked peanut butter and jelly Sammies. I scooped up a box and passed them out, and within minutes the box was empty (there were five in a box and the box was like four bucks). Believe it or not, with four kids around my feet I got to taste one, too. They were lightly sweet and moist, with a touch of cinnamon and apple. I knew then I had to recreate this perfect lunch box surprise!

Fast forward four months (that idea I had did not come quickly): I was snacking on one of my yummy oat bars waiting for my girls to twirl out of ballet class when the taste of cinnamon married the hint of apple and my Super Sammie was born. I was so elated, as soon as I unleashed the fury from the mini van I began to write my recipe. It was seriously one of my best "Mad Scientist" moments ever! Well, other than that time I went wild with the tulle and created a mad hatter pettitutu. I'll share that story later.

So, I made my oat bar recipe, split the batter in half, and placed one layer on the cookie sheet. Then I added a combo mixture of peanut butter and jelly over the entire first layer. I topped it off with yet another layer of the oat bar batter (sprinkled a little cinnamon and sugar on top, too). Once I placed my creation in the oven, the anticipation was crazy. I waited by the oven window and counted down the minutes to record it for my recipe. After 20 minutes of blissfully filling my house with swirls of apple and cinnamon, it was golden. I seriously had to fight my self away from the pan to let it cool so I could try a bite. The five minute wait resulted in a pot of coffee at 9 p.m., awesome.

Super yummy! Moist, lightly sweet with a pinch of cinnamon and touch of apple. They. Were. Perfect. The center wasn't intense, gooey, or heavy. When my crew wobbled out into the light of the kitchen in the morning they were excited to try them, too (my middle daughter always proclaims be the first taste tester). That is when I knew I had a keeper. Then I had to have other taste testers, just to make sure it was as awesome as I thought it was. Ziploc baggies were handed out and the reviews came back, we had a winner!

Now I know you are dying to try this out, and just think how easy breakfast, lunch or an after school snack would be with my Super Sammies! Best thing ever about these, they are good for you, too! Just a little tweak to the recipe and they become even better for you, whoa! 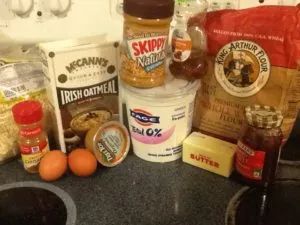 Add all of your dry ingredients. Mix well.

Layer one half of oat bar batter, then the filling, and top with the remaining oat bar batter. Place it in spoonfuls for easy spreading. Then sprinkle with cinnamon sugar. I am not going to lie to you, layering is the most time consuming part. Don't worry, it doesn't have to be pretty.

Bake at 375 degrees for about 20 minutes, or until golden brown. 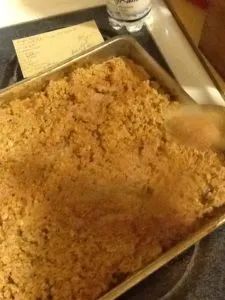 Place in individual baggies for easy access in the fridge, or in storage containers. I feel a week is fair to hold onto them, if they aren't gobbled up in one afternoon. I also like to store them in the fridge. One batch will create 24 perfectly healthy treats.

Here are some filling variation ideas:

Enjoy! I look forward to sharing more creative genius moments with you! Cheers!