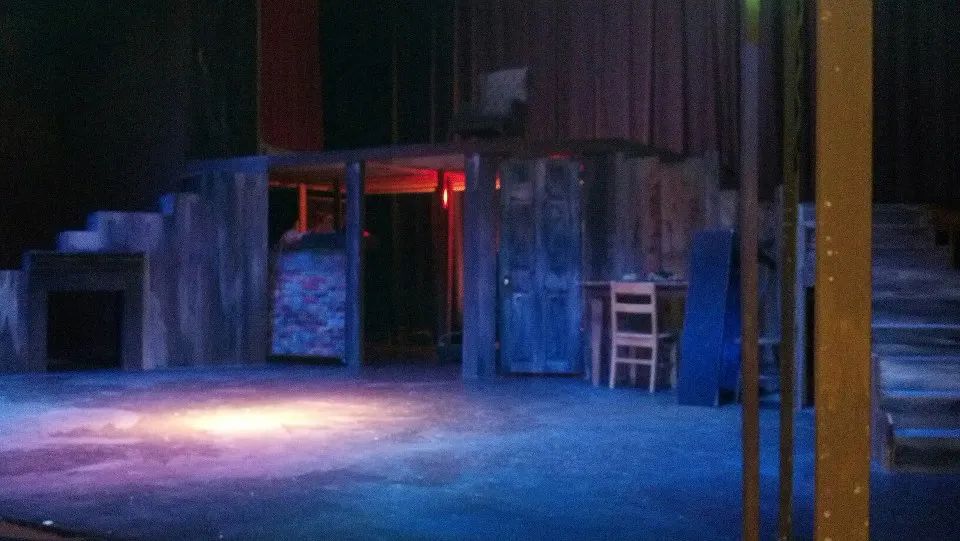 It's beginning to look a lot like Christmas!  Okay, that song isn't from "A Christmas Carol", but attending the Billings Studio Theatre's production of it definitely put me in a holiday mood.  This classic musical is well-performed, fun and poignant, and appropriate and enjoyable for almost all ages.  ( I say almost because I would never take my 15 month old to a play, but my 4 year old would have loved this one.)

"A Christmas Carol" is my favorite kind of play.  Drama, humor, tragedy, and comedy, all in one.  All of the actors did a great job, but there were a few standouts who deserve mention.  For me, the Fezziwigs were one of the highlights of the show.  Kevin Cates and Dee Cates portray this couple from Ebenezer's past, not only with a great deal of humor, but with an obvious connection with each other that adds much to the roles.  The light moment they provide was perfectly timed and much appreciated by the audience.  And of course, Ebenezer.  This play would be lost without a strong presence in the lead role, and Guy Vieg delivers.  His grumpiness, his dismay, his regret, and his reversal are all heartfelt and heart-wrenching.  And Tiny Tim may have been the smallest of the players on stage, but his performance was huge.  Keatin Hertz played that pivotal role with a clear-eyed honesty that made me forget completely that I was watching a Billings boy in 2012.

The experience of attending a play is such a good one for those of us in the surround sound generation.  Movies are fun, no doubt, but something about watching live actors emote and sing on a stage not too far from where you're sitting is an entirely different feeling.  This play in particular gives us a great reminder of how to best keep Christmas.

Billings Studio Theatre will be featuring "A Christmas Carol" on their main stage through December 16th.  For tickets or more information, please visit www.billingsstudiotheatre.com or call 248-1141.