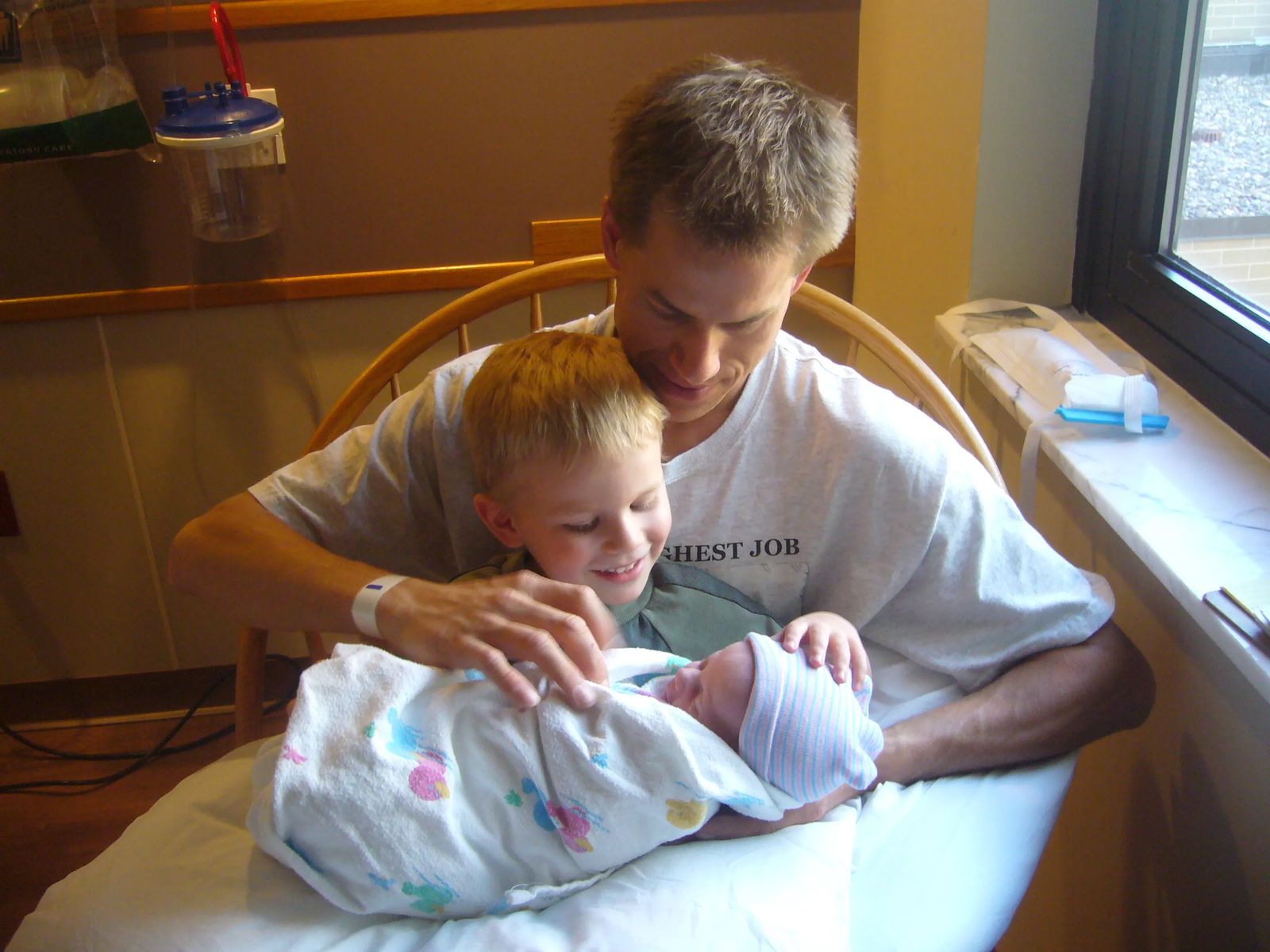 What "Dad" means to me

I'm writing this on Father's Day.  You won't read it today, because despite my best intentions I did not get it written in advance.  I've had a houseful of sick kids and no matter how much I love the dads in my life, the babies come first.  And I'm lucky enough to be blessed with a father and a husband who wouldn't want it any either way.

I don't know my biological father.  He made the decision to leave before I was old enough to have real memories of him.  I have a few pictures, and occasionally I can see a slight resemblance to him at certain angles.  But as for who he is, how he thinks, and why he left, I'm clueless.  I have to admit that I used to wonder.  It's a strange feeling, to know that he's half of my genetic makeup, but I know next to nothing about him.

The first "father" I remember was actually my grandfather.  My Papa.  Papa was the best father figure a girl could ask for.  He loved my grandma more than anything.  When he passed away, they had been married 62 years and his eyes still lit up every single time she walked into the room.  He'd do anything for anyone, it didn't matter if they were friends or the person he just met in line at the grocery store.  He taught me how to fish, how to crack crab legs, how to paint a fence, and how to truly live the life you have.   I miss him like crazy, but I'm proud to pass on those lessons to my kids, and I think of him all the time.

When I was four, my mom remarried.  I'm pretty sure I thought that the family unit was supposed to be just me and my mom and frequently my grandparents.  A stepdad?  Not so much.  Despite my attitude, and the fact that we sometimes (read: hardly ever) saw eye to eye, in so many ways he was exactly the father I needed.  He was "Dad" almost right away, and he was a little sterner than my Papa.  I'm a better person because of that.  As a parent myself now, I have to laugh a little at the memory of my child/pre-teen/teenage self (I'm not using tween, that word didn't exist when I was that age!)  being mad at one of my Dad's rules.  Many of them are now my rules.  As an adult, we get along far better than we did when I was a kid.  My boys are so lucky to have such an amazing "Papa".  When we need him, he's here.  No matter what. I don't know where I'd be without him, and I'm thankful for him every day as well.

And now I get to include my husband in this little group of "Dads" in my life.  When I met my husband, he was already a dad. We met at a bar (I know, big-time cliche).  While all the other guys I met that night had some ridiculous line, he showed me a picture of his daughter (who was 4 then) and told me how excited he was to see her later that weekend.  Guess it worked!  He's a wonderful father to his daughter and to our two boys.  It just so happens that he's the kind of man who will do anything for anybody, likes to fish, doesn't mind that his kids love crab legs (and will even crack them, in a pinch), has a few more rules than I do, and loves me to the moon and back. In other words, a perfect combination of the daddies who made me who I am today.

And, back to the dad I don't know.  That's shaped me, too.  I don't wonder, or at least not much, about him anymore. I don't know why he left and I guess that's okay.  I ended up with the family I was meant to have, and I wouldn't change a thing.

So, Happy (late) Father's Day to the daddies in my life.  I love you!