Did you know that Batman is alive and well and resides in Billings?  It is a family secret that I am finally letting slip – my son is Batman.  To honor is alter ego, I made some superhero letters for him today.

I purchased the letters at Hobby Lobby and the fabric at the Bernina Sewing Center.  Oh my goodness, the sewing center has the cutest fabric and a wonderful children’s selection.  (The staff is the friendliest in town too!)  I used half a yard of fabric to cover five letters. 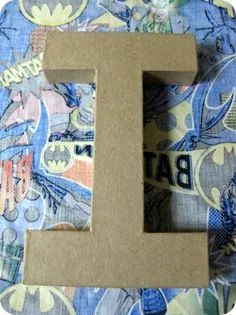 The first step is to cut the fabric you will be using to wrap the letter.  I measured an allowance of 2” around each letter.

Next, paint a thin layer of Mod Podge on the right side of the letter. Next, I wrapped the sides of the letters as if I were wrapping a present and using Mod Podge as the adhesive. 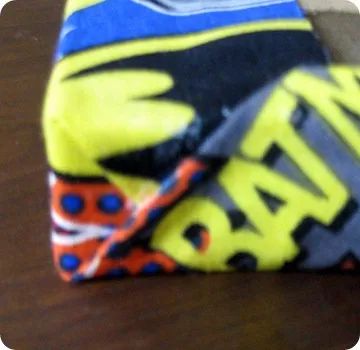 Finishing the letter is just a series of wrapping and cutting.  I cut the fabric in a “V” shape to get crisp corners.

I found that I had a lot of open spaces on the sides of the letters. No sweat, I just placed a 1” strip of fabric over those little holes. The garish, crazy fabric is quite forgiving! 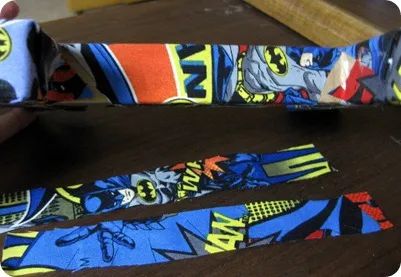 Finally, I sealed the back of the letter with Mod Podge to prevent the fabric from fraying. 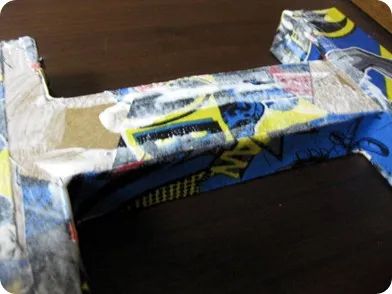 The finished product!  Hooks can easily be applied to the back of each letter for wall art or they could just sit on a shelf for a fun decoration.