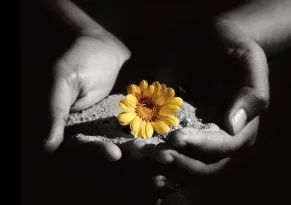 Rising Above the Torment...

...that is Postpartum Depression.

“I have intrusive thoughts that scare me.

I have days where I just feel like nothing will ever be good again.”

Whose are the heartbreaking words of a woman struggling with postpartum depression, or PPD.

“It’s like I couldn’t stop the intrusive thoughts from descending upon me,” she says. “These thoughts scared me. I could actually see in my mind’s eye something happening to the baby or myself or Levi, but mostly the baby.”

Thirty-four-year-old Allison Grosskop is originally from Florida, a trained professional dancer and also a welder, if you can believe that! She has also lived abroad for six months.

Allison came to Billings two years ago when she married her husband, Levi, who is from Laurel.

In September of 2009, the couple welcomed baby Jimmy, the son for whom she happily gave up all of her outside commitments to be a stay-at-home mom.

But life for the Grosskops has been anything but blissful; Allison still battles the anguish that comes with postpartum depression.

“When I think back to the first months after Jimmy was born,” Allison recalls, “my memories are actually dark; they don’t have a lot of color. It’s mostly gray and black. With PPD for me, when Levi would leave for work, the day would seem to last forever and I would worry that someone would break into our house and take the baby from me.

“I had fear that the end of the world was going to happen,” she continues. “I had catastrophic thinking; TV commercials, news and movie previews could set me off, not only in my head, but my body would actually react to the fear. I had night sweats when I did sleep. I’d wake up soaked in sweat and have to change clothes before I could go back to sleep.”

Allison is one of an estimated 50,000, or one in five, new moms across the country, according to the Centers for Disease Control, to experience a severe case of postpartum depression.

PPD is a form of clinical depression and can appear anytime within the first year following delivery. The symptoms range from mild to severe, and in Allison’s case, the most extreme.

“The night I was comforted by (thoughts of) suicide I knew something was very wrong,” she admits. “I was able to tell my OBGYN and she was able to get me started on the help I needed.”

Allison has since been treated by Diane Goedde, a nurse practitioner with Billings Clinic.

“For most women the symptoms are mild and are called the “baby blues,” Ms. Goedde says. “These women have mood swings from happiness to sadness; irritability; anxiety; and crying spells. The symptoms of baby blues usually peak within the fifth postpartum day and resolve within two weeks.

“For 15 to 20% of women,” Ms. Goedde continues, “the symptoms do not resolve and evolve into a postpartum depression.”

And not only does PPD affect women – a surprising number of men experience PPD also.

“Research shows that up to 10% of fathers also experience a postpartum depression,” Ms. Goedde says.

Allison’s husband, Levi, says it’s been very hard watching his wife go through these struggles of which he willingly chooses to share the burden.

“As a husband we just want to identify the problem and fix it and move on,” he admits. “There were times when I would just feel helpless and wish I had the answers to make her feel better. The feelings of being unable to fix things would overwhelm me and would consume my mind with the quest of trying to find a solution. Another challenge was learning how to be supportive without trying to fix things.”

“I am told to hold on, that someday I’ll be myself again,” Allison says. “What’s frightening to me now is I’m not really sure who I am. PPD has stolen my confidence. Before PPD I could look people in the eye and carry on a conversation. Now it’s hard work to even engage in small talk. But I try; I keep talking. Before PPD, I could concentrate on projects, books, follow written directions… It’s over a year now since this started and I still have a hard time. But I have more good days than bad now.”

Allison urges anyone who might be experiencing postpartum depression to talk about it.

“Don’t be ashamed,” she says. “Don’t try and make it go away. Those thoughts aren’t really coming from you; it’s the illness. You’re not a bad person. Be strong. Ask for help.”

Diane Goedde reminds new mothers that it is important to realize that she is not weak or “crazy” when she experiences the symptoms of postpartum depression.

“She should not feel embarrassed about seeking help,” Ms. Goedde insists. “Left untreated, postpartum depression can interfere with the child-maternal bonding and cause problems in the family.”

Furthermore, she says, children of mothers who don’t seek treatment are more likely to have behavioral problems such as sleeping and eating difficulties; temper tantrums and hyperactivity; and delays in language development. Untreated postpartum depression, she concludes, can become a chronic depressive disorder.

For Allison’s part, Ms. Goedde says she has experienced significant improvement since first being seen. “She is more interactive, brighter, and taking more interest in herself than when I first met with her,” she says.

Today, Allison and Levi are looking for ways to form a postpartum support group for anyone who might be interested.

“Our efforts have not been successful to physically get a group together,” Allison says, so she and Levi are in the process of investigating the Internet as a safe venue from which to launch their group.

“But until we have the page built we have an email where we can be contacted: postpartumsupport@hotmail.com.” SFM

Editor’s note: Full written consent was given by Allison Grosskop to Billings Clinic for Diane Goedde to comment and share personal details on Allison’s medical condition for the purpose of hoping others who are suffering will receive the prompt and proper treatment that is needed.