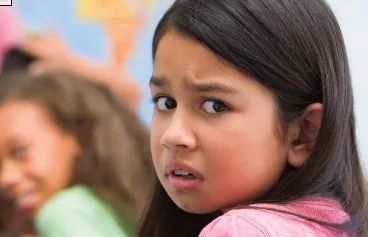 When Castle Rock Middle School Counselor Tawnya Catron visits seventh grade classrooms at the beginning of the year, she asks for a show of hands from students who have cell phones. Usually every hand goes up. When she asks if they have internet access at home, the response is pretty much the same. And many of them have profiles on social networking sites like FaceBook, MySpace and Twitter, she said.

“They love to embrace new technology, which is cool because they have another avenue for sharing information and expressing themselves, but it also offers new ways to hurt each other and say something nasty,” said Catron.

Veiled in the anonymity of the World Wide Web, bullies will say and do the nastiest things. With cell phones and social networking sites, rumors spread faster than ever. Secrets can become public information overnight, and with just a few clicks, an embarrassing photo can be posted online for the world to see. False personas are easily created, and a shared password can lead to malicious impersonation.

Gone are the days when home offered a safe place to get away from schoolyard bullies. Teens can face a bully’s painful messages and harassment by cell phone and computer 24-hours a day, everywhere they go.

The use of cell phones, instant messaging, and online social networks to attack, humiliate, insult and harass has become known as cyber-bullying. At the very least, it can distract a child from his or her schoolwork, but it can also have a damaging impact on self esteem, trigger depression and, in extreme cases, lead to suicide.

According to a 2008 study done by The American School Health Association, about 70 percent of students age 12-18 reported receiving at least one hurtful message by cell phone or computer. In another study, done by the Cyberbullying Research Center, 40 percent of teens surveyed said they had been the victim of repeated harassment or humiliation online. And in that same study, 20 percent of the students surveyed admitted that they have sent hurtful messages or harassed others online or by text messages.

“It takes just one impulsive click,” Catron said. “Sometimes even good kids say mean things to each other.”

Most of what Catron sees starts outside of school, but because her students bring it with them to school, it disrupts learning.

Billings-area schools have strict policies on cell phone and internet use. In elementary and middle schools, cell phones are allowed, but cannot be used during school hours and must be turned off and stored in a backpack or locker. At high schools, cell phones cannot be used during classes, but can be used during passing times, at lunch and before and after school. Students are not allowed to use school computers to access social networking sites, and students are not allowed to browse the internet without supervision.

“Today’s teenager doesn’t remember life before computers and cell phones,” said Cathy Tobin, a counselor at Senior High School. “Parents need to be proactive. They need to sit down and discuss with their kids what their expectations are and set boundaries. And then, if those boundaries are crossed, they need to have real consequences.”

Tobin sees fewer students struggling with cyber-bullying, but said the problem is still as prevalent at the high school level.

For the sake of openness and safety, Catron encourages parents of younger teens to read their child’s text messages regularly and have full access to their child’s profiles and communication on social networking sites. Knowing their parents are monitoring what they say in text messages and online will help teens be good cyber-citizens, she added, and as trust develops they’ll earn more privacy.

Texting among teenagers is nearly constant, Catron and Tobin said. Even ordinary communication by cell phone or online can disrupt sleep and cause problems at school. Conflict easily develops when messages and comments are misinterpreted or taken out of context. Those conflicts can lead to ongoing cyber-bullying, Catron said.

“If you’re just giving them the technology without setting some boundaries, they’ll get themselves into a bind pretty quickly,” she added. “Parents that are involved – reading texts and setting boundaries – their kids are doing better.”

Although youngsters master technology easily, they’re often not developmentally ready to deal with the pitfalls and risks that come with online relationships.

“There’s no accountability online, and it’s easy to get away with making things up,” she said.

With so much questionable information out there, teenagers often feel like they need to fabricate a persona to “keep up” with their friends, Tobin said. Online relationships are almost never authentic.

“There’s this feeling that they don’t really have to be who they say they are online,” she added.

Because they’re comfortable using computers, teenagers may also feel a false sense of security while online and end up revealing potentially damaging details about themselves. The internet is a vast public space, Tobin tells her students, “Don’t say or do anything online that you wouldn’t want printed on the front page of the local paper.”

Parents should watch for signs that a child is being targeted by a cyber-bully. Teens who are being bullied will be upset or angry after computer or cell phone use and may avoid using the computer. Any change in overall mood, especially increased anxiety or depression – may also be an indicator.

With the ease of anonymity online, even the most mild-mannered teens can be attracted to the powerful feelings that come with being a cyber-bully, so parents need to also watch for signs their teen may be engaged in bullying behavior. Cyber-bullies may become secretive about computer use and seem “addicted” to technology. Requests to turn off the computer or cell phone may be met with anger.

The ever-increasing role technology plays in teens’ lives, demands that parents become equally proficient in technology. Parents should explore social networking sites like FaceBook and MySpace with their children, Catron advised, and set up accounts of their own. Children who have a mix of teenage and adult friends online are more likely to use technology appropriately. In addition to monitoring your teenager’s use of technology, Catron encouraged parents to use their computer skills and texting to connect with their children in new ways. SFM

** Check out page 30 in our online virtual edition for some tips for parents!**