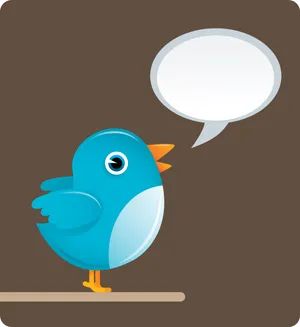 What is it all about?

Birds do it. Celebrities do it. Even politicians, businesses and school districts do it. Does your neighbor do it? Or the mom you met at playgroup? Or your best friend from high school? Should you do it? Should you let your kids?

“It,” is, of course, twittering—the new, super-condensed form of social networking. Also known as microblogging, twittering means sending short messages—no more than 140 characters--about what you doing/thinking/feeling right now! The brevity of the form forces people to be succinct—and often witty. Although one tweet can seem insignificant and even silly, over time, they accumulate into interesting, quirky self-portraits.

Twitter has been around since 2006, but it reached a tipping point earlier this year when news commentators noted that members of Congress were twittering through a speech by President Obama. Although similar services are offered by over one hundred websites, Twitter dominates. The popularity of the site has even spawned new vocabulary including twirt (flirting on Twitter) and twitch (a Twitter typo).

Interestingly, this is one place where parents—so far—don’t need to worry much about teens. Twitter actually expects its users to be over 18, and the service seems most popular with twenty somethings. In fact, Twitter is becoming a big component of what commentators have dubbed Mom 3.0. A recent report from BSM Media found that two-thirds of moms use five or more forms of technology—including Twitter--to stay in touch with their families and manage their households.

Is Twittering the next big thing or an incredible waste of time? Like so many of the possibilities online, it depends. Many people—including young parents—are finding that Twitter offers a quick, flexible, responsive and fun way to communicate on their own terms. Unlike a phone call, you don’t have to drop everything to talk. And, unlike e-mail, there’s no pressure to reply. Perhaps that’s why new moms, in particular, are flocking to Twitter. Here’s some of what they find appealing:

• Creating community. Over time, twittering produces a sense of connectedness that’s hard to understand unless you do it. For people who are working or parenting at home, the ebb and flow of tweets is like what used to happen in the village square, around the water cooler or over the back fence. Knowing tiny details about the lives of other people can transform strangers into acquaintances and, even, friends.

• Getting up close. Twitter offers new insight into people who interest you. Following someone produces unexpected, random insights--what snacks a celebrity eats, what books a favorite author is reading or even when a neighbor is making her delicious morning muffins.

• Staying in the know. Although newspapers and other traditional media may be faltering, certain kinds of news travels very fast through Twitter. For example, the first word that a plane had crashed into the Hudson came from Twitter. Also, some forward-thinking organizations—including schools—are twittering to keep members informed.

• Getting answers. People who develop a healthy following of like-minded peers can post questions and get answers within minutes. Even if you don’t have a following, search.Twitter.com lets you instantly locate people who share an interest in, say, toilet training.

• Remembering more. Some parents use Twitter to record the fly-by details of family life. After a while they have a searchable diary of the cute (and maybe not-so-cute) things their kids said and did.

Getting started on Twitter is almost absurdly easy. Just go to Twitter.com and “Join the Conversation” by providing name, e-mail address and a user name with password. If you ask Twitter to compare its records to your e-mail account, it will tell you which of your friends are using the service. You can also “search people” to find authors, media personalities, politicians and other people of interest. (A starter list of moms who tweet is at http://tinyurl.com/5psroq).

To get a feel for how Twitter works, follow a few people for a day or two or check out twittervision.com, a mesmerizing site that posts random tweets from around the world. Although you can check for updates on the Twitter website, most people use one of the many mobile apps such as Tweetdeck and Twitterfeed that send messages your desktop or cellphone. (Before signing up for mobile service, be sure to check the number of messages your cellphone plan permits. If you follow a lot of people or a few people who tweet a lot, it’s easy to exceed your free limit. )

When you’re ready to send your own tweets, you’ll need to recruit followers. Start with friends you know in real life. Remember that the default setting on Twitter allows anyone to see what you write as soon as you press send. (And they do mean anyone. When I signed up for an account, I had a follower whose name I didn’t’ recognize within 48 hours—and I hadn’t even posted anything yet!) Fortunately, Twitter lets you see a complete list of followers, so you can block people or restrict the distribution of your tweets. To narrow your network, go to settings and click “protect my updates.”

Much of Twitter’s charm is its spontaneity. Yet, like any other social network, it’s important to think before posting. One mom, for example, vented about how her two year old wouldn’t say in bed. One of her followers became alarmed and, before she knew it, police were at her door asking to see the child. As your network grows, you’ll want to be more careful about revealing identifying information. Some successful Twitter enthusiasts actually run two accounts—one for family and close friends and another for loose-tie acquaintances.

Can you and your family have good lives without Twitter? Absolutely. Can Twitter make good lives even better? The only way to know is to spread your wings and try.

Carolyn Jabs has an M.A. in online ethics and is the mother of three computer savvy kids. View her website www.growing-up-online.com.